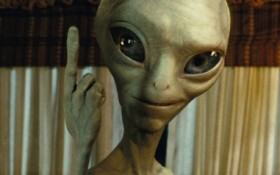 A historical marker has been placed near the river where two men in southern Mississippi said they were abducted by aliens in 1973.

Charles Hickson and Calvin Parker said they were on the shores of the Pascagoula River when what appeared to be aliens pulled them onboard a UFO, examined them for about 30 minutes and then returned them to Earth.

Both reported the event to the sheriff’s department and were checked out at a hospital after it happened Oct. 11, 1973. The story has become known worldwide.

Parker published a book about the experience in 2018. Hickson died in 2011. Both said many people doubted their story. A few witnesses have come forward to corroborate some details.