[Crazy] Teacher threatens to 'shoot up' school, gets charged with... - The Horn News 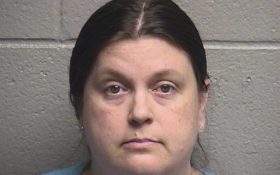 A North Carolina teacher has been charged with threatening to “shoot up” her school.

A news release from the Orange County Sheriff’s Office says Kristen Thompson was arrested Tuesday on a felony charge of communicating a threat of mass violence.

The sheriff’s office says Thompson abruptly resigned Friday from Pathways Elementary School in Hillsborough. It says other teachers reported that Thompson “made threats to shoot up the school.”

A phone listing for Thompson rang unanswered Tuesday afternoon. A sheriff’s spokeswoman said investigators didn’t have information on whether Thompson has a lawyer who can speak on her behalf.

Thompson’s name didn’t appear on the school’s website Tuesday, but an archived version indicated that she worked with children in the special education program.