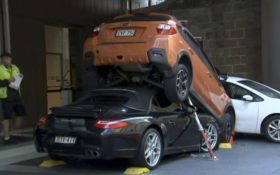 A hotel valet had a lucky escape — but the luxury sports car he was trying to park did not.

Australian media say the valet drove the soft-top Porsche Carrera under another vehicle Thursday outside the Hyatt Regency Hotel in Sydney. 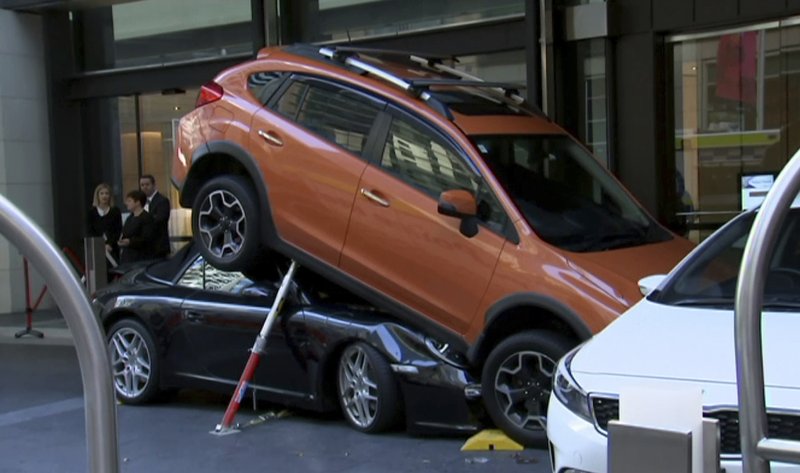 Emergency workers cut the driver out from the Porsche as a crowd watched.

Matthew Talbot, the hotel’s director of sales and marketing, told the Australian Broadcasting Corp. the valet was “embarrassed and a little bit shocked” but was OK.

The larger vehicle was propped up and its wheels were anchored while the vehicles were separated. The black Porsche, its hood and front bumper crunched and dented, was then backed onto a tow truck.

Witness Jonathan Bayle said he thought a television show or movie was being shot. 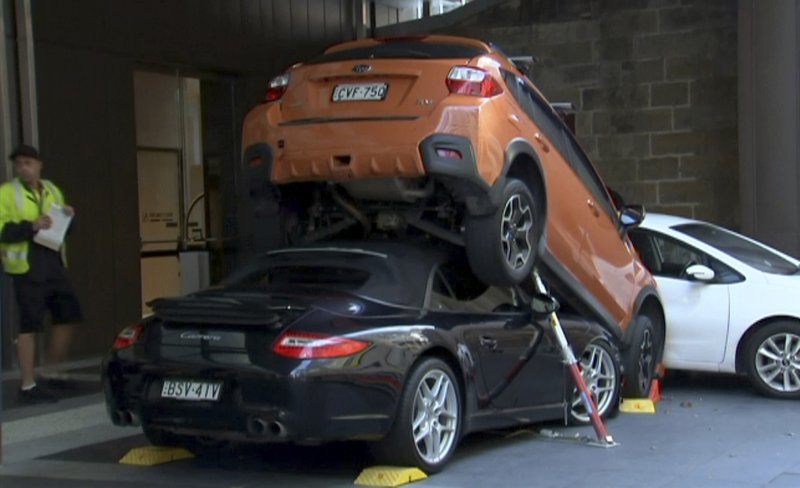 The hotel said in a statement it was investigating.