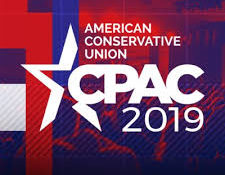 The country’s largest gathering of conservatives kicked off in Washington, D.C. with a bang Thursday.

Sponsored: Turn ANY Atheist Into A Believer With This Video

Gorka said the liberal lawmakers $80+ trillion dollar plan was “like a watermelon.”

“The Green New Deal is green on the outside,” Gorka said. “But deep communist red on the inside.”

“I want you all to take to heart, Donald Trump will never let that happen,” Gorka concluded to cheers.

Not pulling any punches, the conservative speakers went after socialist leadership early and often.

Stay with The Horn News all week as we continue to bring all the up-to-date information on CPAC 2019.