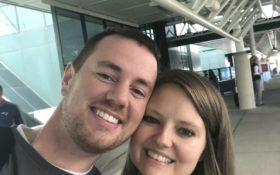 A Tennessee couple plans to visit six Disney parks on two U.S. coasts in one day.

The couple from Kingsport, Tennessee, will be armed with a spreadsheet showing what time they need to be at each park.

In Florida, they plan to have breakfast at Disney’s Hollywood Studios before walking over to Epcot. From there, they will go to the Magic Kingdom and have lunch at Animal Kingdom.

They have a direct flight from Orlando to Los Angeles at 4:30 p.m.

They plan to be at California Adventure by 8 p.m. local time and Disneyland before it closes at midnight.