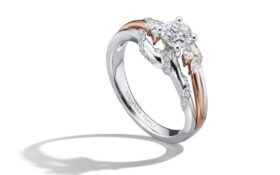 Ralph and Dorothy Kohler are celebrating their wedding anniversary — for the 85th time.

WOWT-TV reports that he was just 17 and she was 16 when they tied the knot on Sept. 17, 1935, at the Burt County Courthouse in Tekamah, Nebraska.

“Everybody said it would never last,” Ralph said.

Ralph credits longevity in life and marriage to healthy habits — neither of them has ever drank alcohol or smoked. “I cooked, and he liked to eat,” Dorothy said.

Each grew to enjoy their spouse’s passions. Ralph took up ballroom dancing and Dorothy took up shooting clay targets.

To say she took it up sells her short. Dorothy became a trap shooting national champion in 1952.

The couple moved to California a few years ago to be close to a daughter, one of their three children.