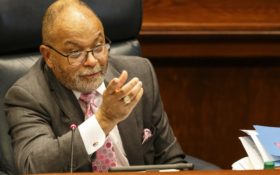 Officials in a Tennessee county have destroyed public records that were being sought by a newspaper.

Chattanooga Times Free Press reporter Sarah Grace Taylor was trying to see whether the Hamilton County attorney’s office was denying public records requests without a good reason, she said. To that end, she asked in August to see all incoming records requests for the past year along with the office’s responses.

The Best Fruit for Fat-Burning [Sponsored]

Taylor suspected the office might be unlawfully denying requests after Dana Beltramo, the records coordinator for the attorney’s office, told her that all communications with that office were privileged and off-limits, Taylor said.

“I wanted to see if they were really denying all requests,” she said, adding that before she could find out, the office destroyed many of the records.

Initially, Beltramo responded to Taylor’s request by asking her to pay $717 for about 1,500 pages of records, Taylor said. In Tennessee, officials can charge money to make copies of records, but they aren’t allowed to charge someone to simply look at records, which is what Taylor was requesting.

She refused to pay.

“It went back and forth for several weeks,” she said. “I kept hearing from different county officials that they were going to work it out.”

In the meantime, Beltramo sought and received permission at an Oct. 2 meeting of the Hamilton County Public Records Commission to destroy all records requests and responses after 30 days. Taylor said she was unaware of the meeting or the new policy and continued to seek the records without knowing they had been destroyed.

County attorney Rheubin Taylor said in a Monday phone interview that at the time of the October meeting, he did not believe the records were still being sought by the paper.

“There were no negotiations,” he said. “We told them an amount, and they weren’t willing to pay.”

Sarah Grace Taylor disputes that, pointing to a September email correspondence in which she asked Rheubin Taylor whether he was going to reconsider the fee.

Eventually, executives at the paper got involved, and two weeks ago Taylor received some of what she had asked for, about 200 pages. It was only then that she learned the other records had been destroyed.

Chattanooga Times Free Press Editor Alison Gerber was involved in the negotiations to get the records, including at a meeting in late December that included the paper’s president, Jeff DeLoach, and Hamilton County Mayor Jim Coppinger.

Rheubin Taylor agreed that “the existence of the documents was not discussed” but said the meeting was only “explaining the process” of why they charge for certain records. Taylor also took issue with the estimate that 98 percent of the documents the paper requested had been destroyed.

The county destroyed records requests that came in by email and its email responses, Beltramo said in a phone interview, but a majority of the requests are submitted via a public records form that the county did keep. Those are the records that were eventually turned over to the paper in January, along with scans of some paper correspondence.

Rheubin Taylor said the county did not change its mind about charging money for records. They didn’t charge in the end because the request from the paper was amended at the December meeting to a smaller set of documents that did not need to be redacted by an attorney.

Gerber sees events differently. She said county officials continued to insist that they could charge for the records until the paper presented an opinion from the state Office of Open Records Counsel stating they could not.

Gerber said the newspaper is still deciding on what actions it will take next.

There is nothing in state law that expressly forbids destroying public records after they have been requested, said Lee Pope, Tennessee’s open records counsel, but his office advises against it.

“It just doesn’t look good,” he said. “It’s not in the spirit of transparency.”