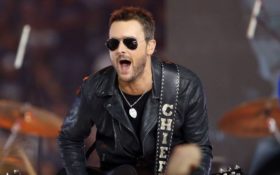 Country singer Erich Church has finally opened about the mass shooting in Las Vegas last October — and his candid interview was a big insult to his fan base.

The singer performer just two night before the shooting at the Route 91 Harvest music festival and in a new interview with Rolling Stone, he opened up on what he believes caused the tragic deaths of 50 people. Over 500 others were seriously injured in the mass shooting.

Church said the National Rifle Association and it’s members were responsible for the shooting.

“There are some things we can’t stop. Like the disgruntled kid who takes his dad’s shotgun and walks into a high school,” he told Rolling Stone. “But we could have stopped the guy in Vegas.”

The singer openly admitted that he has struggled to comprehend the whole tragedy — why it happened and how he could have helped prevent it.

He added, “We had a lot of fans there. We even promoted online travel options to make it easier for people to come. I felt like the bait: People come to see you play, and then all of a sudden they die?”

Almost 8 months have passed since the mass shooting, and Church explained that he feels as though he has been “wrecked” in a lot of ways.

“It got dark for me for a while. I went through a period, a funk, for six months at least,” he said. “I had anger. I’ve still got anger. Something broke in me that night, and it still hasn’t healed. There’s a part of me that hopes it haunts me forever.”

Church, who admittedly owns a gun, suggested that “the lobbyists. And the biggest in the gun world is the NRA,” — and thus their members — are to blame for the mass shooting.

“I’m a second amendment guy but I feel like they’ve been a bit of a roadblock,” the singer said of the organization. “I don’t care who you are — you shouldn’t have that kind of power over elected officials.”

Many of Church’s fans are members of the NRA and own guns, but he said he does not care, “To me it’s cut-and-dried: The gun-show [loophole] would not exist if it weren’t for the NRA, so at this point in time, if I was an NRA member, I would think I had more of a problem than the solution. I would question myself real hard about what I wanted to be in the next three, four, five years.”

He went on to say that he is not worried about losing fans because, “Right’s right and wrong’s wrong. I don’t understand why we have to fear a group [like the NRA]. It’s asinine. Why can’t we come together and solve one part of this?”

He added, “Start with the bump stocks and the gun shows. Shut a couple of these down. I do think that will matter a little bit. I think it will save some lives.”

I really like Eric Church and respect his opinion but this is pretty disappointing. Crazy people kill people. The NRA fights to preserve rights for law-abiding Americans who protect and defend themselves from crazy people. https://t.co/Iyq52bGUS2

“I really like Eric Church and respect his opinion but this is pretty disappointing. Crazy people kill people,” she wrote.

And several other fans expressed disappointment in his interview —

Seen you many times and just went online this morning to look at tickets for the Mountain Home Country Festival that you're playing at Friday night. Not anymore or ever again. The @NRA comment was way out of line. But you'll find that out soon enough.

A good majority of Eric church's fans are pro NRA people. Great way to tick off your fans.

@ericchurch⁩ I have mad respect for your talent and skills. But blaming @NRA for the person that committed the heinous act of violence in Vegas is just flat wrong. You just fell into Hollywood category. Socialism? Really? C'mon man!

Do you believe that Eric Church’s opinion is correct? Share your opinions below —

Do you think Eric Church's opinion are correct?