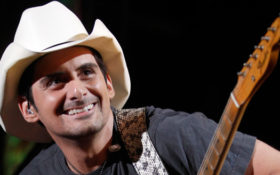 The Tennessean reports in a Tuesday story that the store will be set up like a modern food pantry and serve both fresh and nonperishable groceries to individuals in need for one year. Eligible customers will need to be referred by a nonprofit or government agency.

The goal is to serve roughly 3,000 people per year.

The Paisleys say they were inspired to launch the idea after volunteering at a similar organization around Thanksgiving.

Construction on the site is scheduled for 2019 dependent on the project securing enough funding of $1.2 million, with the Paisleys making the initial donation.