Country music star BOOTED from hotel because... - The Horn News 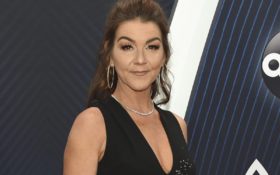 Country music star Gretchen Wilson, whose hit song, “Here for the Party,” features the lyrics, “And I ain’t leaving till they throw me out,” was ousted from a New Mexico hotel over noise complaints.

Las Cruces Police Department spokesman Dan Trujillo said Wilson, 46, and other guests had “worn out their welcome” and police helped security remove them.

″(Police) were going to issue a trespass card but the occupants agreed to leave,” he said.

A trespass card is given to a person suspected of trespassing. The person signs the card acknowledging that if they continue to trespass, they may be charged with a crime.

According to the “Redneck Woman” singer, she got to her room at 12:30 a.m. and was reprimanded for talking. In a 911 call, a hotel employee said Wilson’s volume level for talking was the equivalent of yelling.

After she was kicked out, the musician tweeted the hotel asked her to leave “in the middle of the night for no reason.” She also called on her Twitter followers to “all band together to put Hotel Encanto out of business.”

Heritage Hotels & Resorts, which owns Hotel Encanto, did not immediately respond to a phone message and email.

A representative for Wilson did not immediately return a message seeking comment.

In August 2018, Wilson was arrested at a Connecticut airport after what was described as a minor disturbance on an incoming flight. She was later charged with breach of peace.