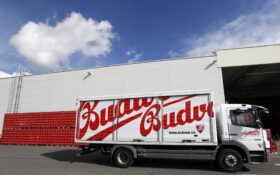 Russia’s invasion of Ukraine has thrown business plans into disarray and forced a growing number of the world’s best known brands — from Apple to Mercedes-Benz and BP — to pull out of a country that’s become a global outcast as companies seek to maintain their reputations and live up to corporate responsibility standards.

Investors were drawn to Russia in search of lucrative profits they thought were worth the geopolitical risks. That calculation has changed after Russian President Vladimir Putin launched war in Europe, triggering a wave of global sanctions and export restrictions that have thrown its economy into turmoil and disrupted the operations of multinational corporations there.

“You basically have Russia becoming a commercial pariah,” said economist Mary Lovely, a senior fellow at the Peterson Institute for International Economics in Washington. “Pretty much no company, no multinational, wants to be caught on the wrong side of U.S. and Western sanctions.”

They’re also expressing concern about the plight of Ukrainians, showing how they want to be seen coming out on the right side of history.

Complicating companies’ push to flee is an order from Moscow temporarily restricting foreign investors from selling Russian assets. Prime Minister Mikhail Mishustin said Tuesday that it would help investors make “a considered decision” rather than succumb to the political pressure of sanctions. It’s not clear how that may affect corporate efforts to exit Russia.

Oil and gas companies, already feeling the heat from climate activists to invest in renewable energy, were among the companies that announced the most rapid and dramatic exits.

Energy firm BP said Sunday that it would abandon its $14 billion stake in Russian state-owned oil and gas company Rosneft. The next day, Shell said it was leaving its joint venture with state-owned Gazprom and its involvement in the now-suspended Nord Stream 2 pipeline built to carry natural gas to Western Europe.

ExxonMobil said it will pull out of a key oil and gas project and halt any new investment in Russia. All their chief executives said they were shocked and saddened by the increasingly bloody conflict. Smaller energy firms have followed suit.

Companies in other industries signaled they’re staying out of the Russian market either out of concern for Ukraine or to comply with Western sanctions.

Toyota is halting production at its St. Petersburg plant that makes RAV4 and Camry models starting Friday because of supply chain disruptions, saying it was watching events “with great concern for the safety of the people of Ukraine.”

Mercedes-Benz suspended exports of cars and vans to Russia and manufacturing there. Sweden’s Volvo Cars said it stopped deliveries because of “potential risks associated with trading material with Russia,” including Western sanctions. Ford also suspended operations.

Harley-Davidson halted motorcycle shipments to Russia, saying its thoughts “continue for the safety of the people of Ukraine.” Putin famously rode a three-wheeled Harley on a visit to Ukraine in 2010.

Others with more entrenched Russian operations might find it harder to navigate the crisis.

Renault, one of the biggest players in Russia’s auto market, said only that it’s temporarily suspending production at its Moscow plant through Saturday “due to some logistics issues,” without being more specific.

Czech brewer Budvar, which counts Russia as one of its five major markets, halted beer deliveries to the country, saying business is not the top priority and that it’s looking for ways to help, including finding accommodations for Ukrainian refugees.

“It’s really tough to do business in Russia under the best of conditions. Now it’s become just crazy. So getting out is a smart business proposal,” said James O’Rourke, professor of management at the University of Notre Dame’s Mendoza College of Business, who specializes in reputation management and business communications.

Companies will have to chalk up any losses as the cost of doing business.

“This is like going into business with the Manson family,” O’Rourke said, referring to the followers of cult leader Charles Manson. “You honestly do not want your name associated with those people, and it’s probably not going to cost you that much to disinvest.”

Even Hollywood studios are delaying the release of new films in Russia, which isn’t a leading movie market but typically ranks in the top dozen countries for box office revenue. Warner Bros., the Walt Disney Co. and Sony Pictures cited the “humanitarian crisis.”

Apple said it would stop selling its iPhone and other popular devices inside Russia, while computer maker Dell Technologies “suspended” sales in both Ukraine and Russia.

Google and TikTok blocked Russian state media channels from their platforms after a plea from the European Union. Apple also blocked downloads of the RT News and Sputnik News from its mobile App Store outside Russia.

It’s not just sanctions but public sentiment that companies have to respond to as the human costs of the war grow.

Company commitments to environmental, social and corporate governance, known as ESG, are being put to the test. ESG has become a buzzy acronym that’s increasingly seen as an important way for corporations to tout responsible business credentials.

“But there can also be an element of greenwashing,” where companies say things that make it seem like they hold certain values or are on the right side of ESG issues while their practices and behavior suggest otherwise, Columbia Business School associate professor Vanessa Burbano said.

“Stakeholders like employees and consumers will want to see if companies’ actions and behaviors are consistent with the communicated support that companies are expressing for Ukrainians,” she said.

Some companies went beyond halting deliveries or operations.

Lego, Ford and Volkswagen Group said they would make millions of dollars in charitable donations to support Ukrainian refugees.