Coroner reveals Disney's star's cause of death - The Horn News 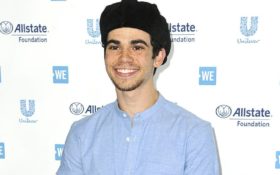 An autopsy report released Tuesday states the “Descendants” star was found unresponsive at home on July 6, and later pronounced dead at the scene.

Boyce’s family said previously that the 20-year-old died due to an ongoing medical condition for which he was being treated, but did not reveal specifics.

The family statement called Boyce one of the world’s brightest lights, and described his family as heartbroken over his sudden death.

Disney Channel canceled the red-carpet premiere of “Descendants 3” after Boyce’s death, and said Friday’s telecast will be dedicated to Boyce’s memory.