Cops: Man, high on drugs, said he was going to kill former senator - The Horn News 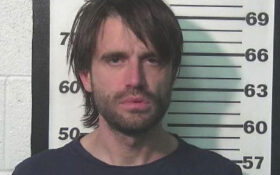 A man who claimed he was headed to Missouri to kill former U.S. Sen. Claire McCaskill, D-M.O., was arrested Wednesday in Utah after troopers caught him driving up to 130 mph, according to court documents.

George William Stahl, 36, of Cottonwood Heights, Utah, made several threats against McCaskill after he was arrested and told authorities that he was going to kill her, according to a probable cause affidavit. The two-term Democratic senator lost her seat in the 2018 midterm election and has become a political analyst for NBC News.

“Obviously, this is not the first time there have been threats, and that is never good,” McCaskill told The Associated Press in a statement. “But the political temperature is very high right now, which makes it concerning.”

Stahl appeared to be heavily intoxicated and belligerent and told officers he had consumed Adderall, LSD, and beer, the affidavit states.

Officers say an empty 12-pack of Budweiser beer and another partially consumed 12-pack were in the vehicle.

Stahl was medically evaluated at a fire station and then taken to the Summit County Jail.

It could not be determined if Stahl had an attorney who could comment on his behalf.