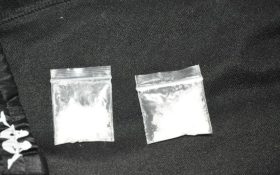 Law enforcement officers who pulled a driver over for a traffic violation in Mississippi allegedly discovered about 37 pounds of methamphetamine hidden inside a spare tire stashed in the vehicle.

The Scott County Sheriff’s Office and the Flowood Police Department stopped a pickup truck along an interstate near Flowood early this month after spotting it driving in a “careless manner,” according to the agencies.

An officer conducting the stop discovered a tire in the bed of the truck, and inside it, an assisting deputy found 37.5 pounds (17 kilograms) of methamphetamine worth an estimated street value of $350,000, WLBT-TV reported, citing the authorities.

The suspect was not immediately identified and it was unclear whether they were being held in custody.