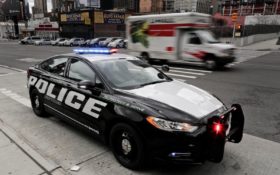 The Philadelphia Police Department is getting a new fleet of patrol vehicles that include a feature any motorist stuck at a traffic light would envy.

The department announced Monday it will receive 150 new patrol vehicles that come equipped with technology that allows an officer to trip a traffic signal and change it to green when the car’s emergency lights are on. The police cars will also come with ballistic shields on the doors and windows.

The department will receive 100 of the vehicles by mid-December and get the remaining 50 by March. They will include sedans, SUVs and patrol wagons.

The first shipment is heading to a police district in west Philadelphia.