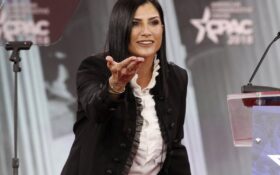 Dana Loesch, one of the conservative radio personalities seeking some of the late Rush Limbaugh’s audience, says she doesn’t like “angry radio.”

Radio America announced Tuesday that it had signed Loesch, a former NRA spokeswoman, to a new multi-year contract where she will continue an early afternoon show in the time slot Limbaugh had before his death of cancer last month.

On her show, which airs in nearly 200 radio stations, Loesch said she didn’t want listeners to feel like they’re being lectured to or yelled at.

“I don’t like angry radio,” she said. “It takes a lot of energy to keep something like that going. There are things you can be upset about or outraged about, but it’s a finite resource and should be spent as such.”

She joins figures like Dan Bongino and Erick Erickson who are seeking some of Limbaugh’s old audience. Premiere Networks, Limbaugh’s syndicator, said Monday that it would continue with guest hosts and archived audio of the late star.

Radio America says it has added a handful of stations for Loesch since Limbaugh’s death.

“I realize that the opportunity is borne out of something that is incredibly sad,” she said. “I think continuing to do a good show and continuing to put my heart and soul in it is the best way to honor the person who dominated the slot before me.”