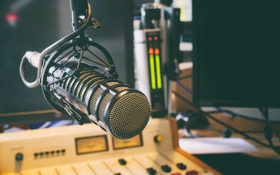 Conservative talk radio star Michael Savage has been hit with a deluge of death threats from angry liberals — and the iconic radio personality revealed to The Washington Times that he’s been forced to “change locations” because of how specific the threats have become.

Just months after a mob of angry liberals kicked and broke Fox News star Tucker Carlson’s front door while his scared wife hid in a locked closet, it seems the “alt-left” is back with a new target.

“Over the years, I have received many threats and have chosen to ignore them,” Savage told The Washington Times in a recent phone interview from an undisclosed location.

“However, given the violent, vile times we are living in and the specific nature of this threat, both I and some serious agencies are taking this threat very seriously,” he said.

Savage shared an email where one suspected liberal activist told a favorite restaurant of Savage’s that innocent people would be killed if he were seen inside ever again.

Portions of the email to the restaurant read as follows.

I DEMAND THAT YOU REFUSE TO ALLOW MICHAEL SAVAGE … IN YOUR F-ING RESTAURANT AGAIN. HE IS A RACIST WHITE SUPREMACIST PIECE OF SH** … DONT WANT TO LISTEN TO ME? WELL I GUESS YOURE ALL GONNA F***ING DIE THEN CUZ I AM WAITING FOR THE MOTHAF***** AND I WILL WAIT AND WATCH YOUR F***ING BUSINESS AND WHEN I SEE HIM GO IN THERE IM GOING TO START SHOOTING EVERY BODY I CAN FIND.

OWN 3 GUNS AND I CAN DO SOME SERIOUS F***ING DAMAGE. I WILL KILL AS MANY OF YOU RACIST-SUPPORTING/ENABLING WHITE SUPREMACISTS AS I F***ING CAN.

PEOPLE WILL F***ING DIE. IM GOING TO KILL THAT F***ING CRYPTO JEW BUT IF YOU DONT WANT YOUR WHOLE BUSINESS TO TURN INTO A F***IN SHOOTING GALLERY AND YOUR CUSTOMERS TO GET CAUGHT UP IN THIS YOU BETTER KEEP HIM OUTTA THERE OR ELSE … YOURE ALL GONNA F****IN DIE UNLESS YOU DO WHAT I F****IN SAY. ILL REALLY MAKE U F***IN FAMOUS.

The email brings to mind the “alt-left” extremist that shot and tried to kill House Majority Whip Steve Scalise and other Republicans lawmakers in 2016 during a Congressional baseball practice.

Two years later, and liberals are increasingly unhinged and violent.

According to Savage, police are investigating the threat and authorities say they have a suspect they believe is behind the terror message.

Hopefully he or she is brought to justice soon.