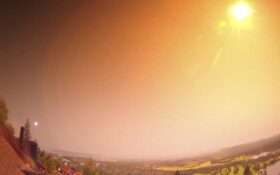 Conscripts in Norway have been ordered to return their underwear, bras and socks after the end of their military service so that the next group of recruits can use them.

The Norwegian military said Monday that it is struggling with dwindling supplies, in part due to the pandemic.

The Norwegian Defense Logistics Organization said because of “a challenging stockpile situation, this move is necessary as it provides the Armed Forces with greater garment volumes available for new soldiers starting their initial service.”

Its press spokesman Hans Meisingset said that with “proper checks and cleaning, the reuse of garments is considered an adequate and sound practice.”

Until recently, the roughly 8,000 young men and women who every year do their military service returned their outer clothing but were allowed to leave barracks with the underwear and socks they were issued.

Military service is mandatory for both men and women in Norway and lasts between 12 and 19 months.

Meisingset said the pandemic was not the only reason why the stock of garments is low for some items. It also depends on finance, contracts and other issues.

NATO-member Norway’s national defense magazine, Forsvarets Forum, reported that it was not the first time that the Armed Forces had struggled with such shortcomings, with a union spokesman saying it “has been a recurring problem” for years. In June 2020, a third of the soldiers’ clothing and equipment was missing.

“A year ago, we looked at exactly the same shortcomings in close-fitting clothing that we see now, and earlier this autumn, the largest and smallest sizes of footwear were missing,” Eirik Sjoehelle Eiksund was quoted as saying. adding that he believed it was due to errors in the system around ordering and delivery.