Congress agrees! Get this lawmaker OUT of office now! - The Horn News 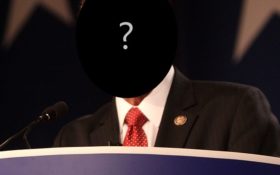 Lawmakers from both sides of the aisle are raising their voices in unison to denounce one congressman — Republican Rep. Steve King of Iowa.

Both the GOP and Democrats are calling for his job… and they don’t seem to care who takes over.

King, infamous for his head-scratching public remarks, was at it again when he suggested that the entire human civilization would basically be lost without “rape or incest.”

That’s a real quote. The congressman made these bizarre comments during a speaking engagement at Westside Conservative Club in Urbandale, Iowa.

“What if we went back through all the family trees and just pulled out anyone who was a product of rape or incest?” he asked rhetorically. “Would there be any population of the world left if we did that? Considering all the wars, and all the rapes and pillages that happened throughout all these different nations, I know that I can’t say that I was not a part of a product of that.”

To put his statement sharply in context, he was responding to a question about whether he thought abortion should be allowed or outlawed in cases of incest or rape.

King, who has largely been abandoned by the Republican party, ended up igniting another firestorm back on Capitol Hill.

Liz Cheney, R-WY, one of the top Republican members of the House, said that “it’s time for him to go.”

Today’s comments by @RepSteveKingIA are appalling and bizarre. As I’ve said before, it’s time for him to go. The people of Iowa’s 4th congressional district deserve better.

And this isn’t the first time she’s called for King to be gone from Congress — she was one of the first to call out King for his explosive words when he questioned why there was anything wrong with white supremacy.

Back in January she said that King should “find another line of work.”

A plethora of lawmakers and 2020 Democratic candidates joined in to echo Cheney’s sentiment — including Joe Biden, Sens. Bernie Sanders, I-Vt., Elizabeth Warren, D-Mass., and Cory Booker, D-N.J., among many others.