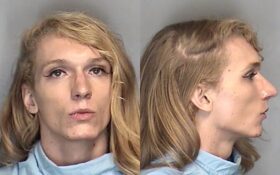 A University of Illinois student on Tuesday pleaded guilty to misdemeanor disorderly conduct for making a noose out of string and leaving it last September in a residence hall elevator.

Andrew Smith, 20, pleaded guilty before Champaign County Circuit Judge Heidi Ladd, who sentenced him to a year of court supervision. Smith of Normal, Illinois, was originally chargedwith a hate crime, a felony.

In addition to the hate crime charge, three other misdemeanor disorderly conduct charges naming victims who were “alarmed and disturbed” by the noose were dismissed in return for his guilty plea.

Smith’s supervision sentence, along with 50 hours of public service and a $75 fine, spares him a criminal record should he successfully complete his sentence without further problems.

Rietz said her office tried to contact the victims named in the charges about the resolution of the case reached with Smith’s attorney, Audrey Thompson. Only one replied and said she was fine with the recommended sentence for Smith.

Authorities said students in Allen Hall on the Urbana campus reported finding the noose. Their discovery quickly blew up on social media and, seeing that, a woman who says she was with Smith when he tied the noose reported him to school authorities.

Assistant State’s Attorney Justin Umlah said when police spoke with him on Sept. 2, Smith said he did it because he heard stories of campus buildings being haunted. He also said the knot he made “just happened to be a racial hate symbol” and he didn’t think long about the implications.