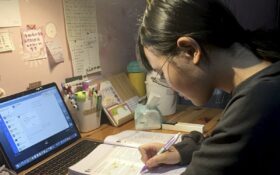 In the email obtained by Yahoo Sports, Hurley accused Anderson on Dec. 8 of disregarding the safety of and showing no sensitivity toward the women.

“I feel like I’ve been lied to,” Hurley wrote.

Hurley also accused Anderson of coming up with a numeric scale to judge the harassment claims by the women, including Hurley’s wife, Leslie.

“You have chosen to create your own numeric scale on what sexual assault mean(s) which is disturbing,” Hurley wrote.

Arizona State previously had an outside investigation conducted that determined booster Bart Wear subjected the three women to unwelcome comments and physical contact. In February, the school acknowledged to Yahoo that the situation could have been handled more quickly after waiting months to investigate.

The school canceled Wear’s season tickets and warned him security may remove him from the premises if he attends any future Arizona State events.