Cold case solved! Suspect turns himself in for 1986 murder - The Horn News 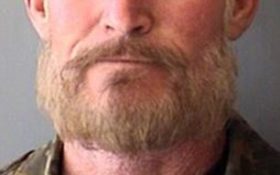 It took 32 years, two states, and numerous visits by the police department, but a cold case has been solved after the suspect turned himself in because he wanted to “right the wrong he has done.”

Glenn Adams, 58, walked into the Cowlitz County Hall of Justice in Kelso, Washington on Friday and confessed to the 1986 murder of Russell Haines. He was charged with first-degree murder and robbery.

Adams explained to police that motive behind the killing was all for the large amounts of cash that Haines happened to keep on him.

At the time of the murder, Adams was living at a men’s only hotel that was often used for low-income housing. He reportedly told police that he waited for Haines to arrive home from the grocery store, and then put him in a choke hold to knock him unconscious.

When Haines began to wake up, Adam reportedly tied a cloth around his neck to strangle him and then made off with $400.

“Thirty years in the making, it got solved relatively easily,” Sgt. Chris Blanchard, a spokesperson for Longview Police Department, told KATU News. “We didn’t have any suspects that had sufficient evidence to charge at that point. The case was cold for the last 30 years.”

This was not Adams’ first attempt at turning himself in.

In July of 2017, while living in California, Adams went to police in Santa Barbara to make his confession — but ultimately got cold feet and rushed off before police could interview him.

The case was reopened upon learning of this incident, and only two months later Longview investigators interviewed Adams as he was in jail for an unrelated matter.

According to KATU News, he did not want to provide a full confession at that time because he wanted to speak to his brother first.

And last Friday, Adams finally did confess to the killing.

“He just wants to right the wrong that he has done,” Blanchard said.

On Monday, Adams had his first court appearance where he said he intends to plead guilty. His new court date will be on Thursday.