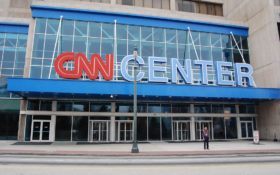 So far in 2019, it seems that liberal politics has been all about one thing: Impeachment.

The word has graced the headlines of nearly every network and every newspaper nearly every day this year. Democrats are desperate to get rid of President Donald Trump and the GOP.

Cheering them on is the mainstream media. Cable news pundits know that impeachment talks are good for ratings, and they’re dictating policy to liberal lawmakers.

But don’t take our word for it. Even CNN admitted it this weekend.

On Brian Stetler’s “Reliable Sources,” the CNN pundit asked his panel, “The number of mentions about impeachment have clearly been on the rise… What do we attribute that to?”

Washington Post journalist Margaret Sullivan denied that impeachment talk had anything to do with media motive.

“That’s just really anathema to the way we do business,” Sullivan said.

“What about the business model, though?” Stetler asked.

“Well, we may,” Sullivan conceded.

Of course they do.

For networks and other mainstream media like CNN, anti-Trump hysteria means ratings, clicks, and money.

The media has fallen so in love with the word “impeachment” that The New York Times recently ran a “how to” instruction guide that outlined the process for Democrats.

Journalists in the mainstream media are nothing more than radicalized cheerleaders for the Democrats — and even CNN’s top stars are asking if it’s gone too far.

You can watch the entire exchange below: