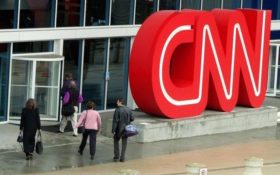 In December 2021, CNN was hemorrhaging viewers amid a big scandal involving its biggest host, Chris Cuomo.

A year later, CNN is still hemorrhaging viewers. The network is struggling… even more than usual.

According to Nielsen data shared with TV Newser, the cable network barely netted half a million viewers total all week, between Nov. 28 and Dec. 2.

From Nov. 29 of last year to Dec. 2 of this year, CNN saw an 11 percent decline in the total number of weekly viewers.

CNN’s talent seems to have given up. Its star host Anderson Cooper was missing Monday, Tuesday and Wednesday. Plus, the network aired reruns this weekend during primetime.

MSNBC fared slightly better. The liberal network saw its audience remain nearly flat from Nov. 29, 2021 to Dec. 2 of this year. It grew its total number of weekly viewers by 1 percent during that time.

However, MSNBC is seeing its audience age. Over that one-year timeframe, it lost 14 percent of its total, weekly viewers in advertisers’ favorite demographic: audience members between the ages of 25 and 54.

Meanwhile, Fox News Channel finished last week as the most-watched network on basic cable for the 48th week in a row. Unlike MSNBC, it’s faring well with viewers between 25 and 54.

During that week, Tucker Carlson Tonight continued its reign as its network’s most popular program with demo viewers. Meanwhile, Gutfeld ranked third in this respect despite its 11 p.m. timeslot. It drew more demo viewers than primetime programs like Hannity.