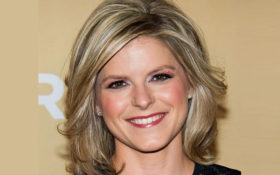 The liberal CNN hosts couldn’t handle what he had to say — and responded to Higbie’s criticism of the mainstream media with a screaming fit meltdown!

Higbie questioned the credibility behind the unnamed sources claiming that Trump compromised national security, and wondered about the anonymity of the so-called “former officials” that the liberal media blindly cites.

Higbie says, “Tell you what, come out, name those people, then we’ll have something to talk about. They’re hiding behind this anonymity.”

That’s when Bolduan loses it. She starts screaming at this national hero, clapping her hands in his face screaming, “Pah-lease!”

Apparently no one, not even a man who put his life on the line for our freedom, is permitted to ask simple questions about the reporting of the mainstream media — especially CNN.

See the embarrassing meltdown for yourself: