CNN's Don Lemon STUNNED when he learned... - The Horn News 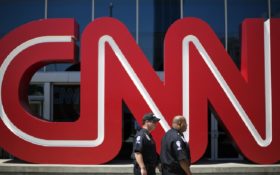 CNN may be rebranded soon — the cable news network may need to change to the Canceled News Network after reports continue to surface that more and more viewers are abandoning the liberal channel.

Viewers have left the television channel — and it doesn’t look as though they’re coming back. More and more Americans are staying away from fake news, it seems.

The daily CNN viewership last week was in a free fall, dropping 34 percent according to Breitbart. The primetime total views during that same period also took a dive by 26 percent.  It’s near a record low for CNN.

What’s even more damaging for CNN is, not only are they scaring people away, but it’s who they’re scaring away.

The age demographic leaving the network in droves are from the age range 25-54, according to American Thinker.

That demographic is critical for CNN. The network’s partnerships with advertisers gear toward the age group. But now that that demographic left, this could mean enormous shake-ups at top of CNN.

In other words, if the advertisers cut ties with CNN, the network’s top talent is in danger.

Just weeks after up to 300 layoffs, that would only lead to more cuts — and threatne the future of anchors like Chris Cuomo and Don Lemon.

They’re in danger of being on the chopping block.

Wow! CNN Ratings are WAY DOWN, record lows. People are getting tired of so many Fake Stories and Anti-Trump lies. Chris Cuomo was rewarded for lowest morning ratings with a prime time spot – which is failing badly and not helping the dumbest man on television, Don Lemon!

Trump is right on this one.

People are tired of the fiction CNN puts out everyday.

CNN sold liberals a lie for years after Trump’s election.

They’re paying for it now.