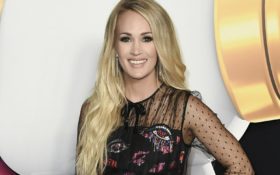 The move comes as female artists in the genre have been outspoken about the lack of opportunities for them. Women have been shut out of nominations for major country awards, such as CMA’s entertainer of the year category for two years in a row, and men overwhelmingly dominate country radio charts.

CMT senior vice president of music and talent Leslie Fram said she hopes dedicating the entire show to women in country music — past, present and future— will spark a “much-needed change in the industry.” The show airs on CMT on Oct. 17 at 8 p.m. Eastern/Pacific.

“This year, we’re evolving the special to reflect what’s happening right now in culture and in the lives of our fans,” Fram said in a statement.

The network started a “Women of Country” campaign in 2013 as a way to bring more airplay to female artists, including Ballerini and Morris, and has expanded it into a tour. The network is also doing a day-long “Women of Country Music” takeover across all CMT platforms leading up to their show.

Three years ago, a radio consultant garnered national attention for recommending that stations limit the number of female country artists they play to boost ratings, using the analogy of tomatoes in a salad.

Many female artists including Morris, Cam and Underwood have all spoken out against a prevailing opinion in the industry that female fans don’t want to listen to female artists. Underwood also recently announced a national tour next year that will include only female opening acts, including Maddie and Tae and Runaway June.

Additional performers for the Artists of the Year show will be announced at a later date.