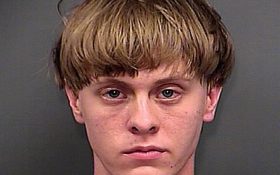 The assault on Emanuel AME Church left a total of 12 victims: Nine who were killed that June night and three who survived the hail of bullets in the basement of the beautiful, historic structure in downtown Charleston.

Now, after hearing testimony from relatives of those slain in the 2015 attack during a Wednesday night Bible study, the focus in Dylann Roof’s trial again switches to a new set of 12 people: the jury.

On Tuesday, jurors are set to begin deliberating over whether Roof, 22, should get the death penalty or life in prison for his crimes. Their decision must be unanimous. If they are unable to agree, a life sentence is automatically imposed.

In a courtroom a mile from the slayings, the same jury last month convicted Roof of 33 federal crimes, including hate crimes and obstruction of religion. After a holiday break, jurors returned last week to court, where for four days prosecutors laid out their case for why Roof should be executed. The government called nearly two dozen friends and relatives who shared cherished memories and opined about a future without a mother, father, sister or brother.

They shed tears and their voices shook, but none of them said whether Roof should face the death penalty or life in prison for gunning down the church members. That will be left up to the jury, with nine white and three black members.

Jurors will get the case after closing arguments Tuesday morning from prosecutors and perhaps Roof, who has represented himself during sentencing but has put up no fight for his life. He didn’t call any witnesses, present any evidence and so far has not asked for mercy.

He did try to limit the amount of heart-wrenching testimony the jurors heard, but with only little success.

Survivor Jennifer Pinckney talked about the life of her husband, church pastor and state Sen. Clementa Pinckney. She spoke about the harrowing minutes she spent huddled underneath a desk with her youngest daughter as shots rang out in the next room, unsure if the shooter was coming her way.

In the hours that followed, the mother had to somehow explain the death to her two daughters.

“I sat in front of the girls, and I basically told them that something had happened,” she said. “I think that that’s the hardest thing that I’ve ever had to do.”

The Rev. Anthony Thompson cried as he described a conversation with his wife, Myra, about their future plans to move and pursue studies and careers in the church.

Survivor Felicia Sanders, who gave powerful testimony during the guilt phase of Roof’s trial, wrapped up prosecutors’ case last Wednesday, talking about her creative 26-year-old son, the youngest victim, and his commitment to his faith and Emanuel.

“That night they were getting basic instruction before leaving Earth,” Sanders said. “I did not know that was going to be the life of them.”