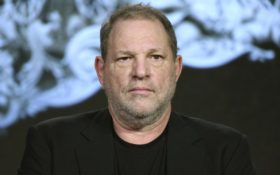 Harvey Weinstein was accused in a civil court filing Wednesday of forcing a 16-year-old Polish model to touch his penis, subjecting her to years of harassment and emotional abuse and blocking her from a successful acting career as payback for refusing his advances.

The accuser, identified as Jane Doe, alleges that Weinstein assaulted her at his New York City apartment in 2002, just days after they’d met at an event involving her modeling agency.

Doe alleges the movie mogul promised to take her to lunch to discuss her career, but instead took her to his empty SoHo apartment and “aggressively and threateningly” demanded sex.

Weinstein instructed Doe to take off her clothes and intimated that she’d never work as an actress unless she gave in to his demands, according to the filing, the latest revelation in a lawsuit alleging Weinstein’s movie studio board enabled his behavior.

“Terrified and struggling to hold back tears, Jane Doe said she would not and resisted his demands,” the filing states. “Jane Doe was a virgin, and had no intention or understanding when she agreed to a business lunch that she would be put in this alarming position.”

“Eventually, just as others have been exposed to be liars, this uncorroborated allegation that is almost 20 years old will be shown to be patently false,” Brafman said.

A lawyer representing the movie studio, The Weinstein Company, declined to comment.

Dozens of women have accused Weinstein of wrongdoing.

Articles published a year ago in The New York Times and The New Yorker detailing his alleged behavior helped spark the #MeToo movement.

Jane Doe’s allegations were contained in a lawsuit involving 10 named plaintiffs, including a woman who released a video in September that shows Weinstein boldly propositioning her during a 2011 business meeting hours before she says he raped her in a hotel room.

“Jane Doe’s decision to join the lawsuit is a brave one given how young she was when Harvey Weinstein attacked her,” her lawyer, Elizabeth Fegan, said.

Soon after the alleged assault, Weinstein started calling and texting Jane Doe every two weeks, the court filing said. Each time, the filing said, he made clear that he was the only person who could help her become an actress.

A few years later, when Doe said she was dating a wealthy man, Weinstein got possessive and chastised her for being unavailable for him sexually, the filing said. One time, the filing said, he showed up at her building and tried to get access to her room, but security refused to let him up.

In another encounter described in the filing, Weinstein blurted out his sexual attraction to Christina Aguilera, who was being shown on a television, and then allegedly unzipped his pants and touched his penis.

Jane Doe first froze, and then fled the office,” the filing said.

Weinstein is also facing criminal charges involving allegations that he raped an unidentified woman in his Manhattan hotel room in 2013 and performed a forcible sex act on a different woman in 2006.

Prosecutors dropped a criminal charge involving a third woman after evidence surfaced that Det. Nicholas DiGaudio coached a witness to keep quiet when she raised doubts about the veracity of the allegation.

Days later, prosecutors revealed that DiGaudio allegedly urged the 2013 rape accuser to delete material from her cellphones before she handed them over to prosecutors. The woman didn’t delete any information and instead asked a lawyer for advice, prosecutors said.

Brafman has argued that the 2013 rape allegation is contradicted by warm emails the accuser sent Weinstein after the date of the alleged attack. The lawyer says they show an intimate, consensual relationship.

The amended civil complaint containing Jane Doe’s allegations was filed on the last day for lawyers to revise the lawsuit. A judge had given them until Oct. 31 after expressing skepticism about the strength of their allegations that the studio board conspired to cover-up Weinstein’s misdeeds by intimidating accusers.

Fegan said Wednesday’s 250-page filing makes clear that the studio’s decision-makers knew Weinstein was a sexual predator but “were making too much money and having too much fun to do anything about it.”

“Now they will answer for it,” she said.