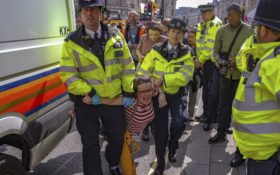 Environmental protesters who have blocked London roads and bridges for more than three days said Thursday they plan to take their civil disobedience campaign to Heathrow, Europe’s busiest airport, at the start of the Easter holiday weekend.

The Extinction Rebellion group said it would mount a protest at the airport on Friday. The group vowed to escalate its campaign of disruption if the British government doesn’t step up action against climate change.

London’s Metropolitan Police force urged the group to reconsider, saying the airport action could “cause further disruption and misery to thousands of travelers, many of them families, over Easter.”

“Protesters can expect a robust police response,” said Assistant Commissioner Nick Ephgrave. “We are determined to keep the airport operating.”

Heathrow said it was “working with the authorities to address any threat of protests which could disrupt the airport.”

Hundreds of demonstrators have blocked central London sites including Waterloo Bridge over the River Thames, Parliament Square and the Oxford Circus and Marble Arch intersections since Monday.

The protest sites have sprouted tents, sound systems and even an ice cream van. Traffic has been snarled and many bus routes disrupted, to the frustration of commuters.

Police have made more than 460 arrests.

You can see the photos below: 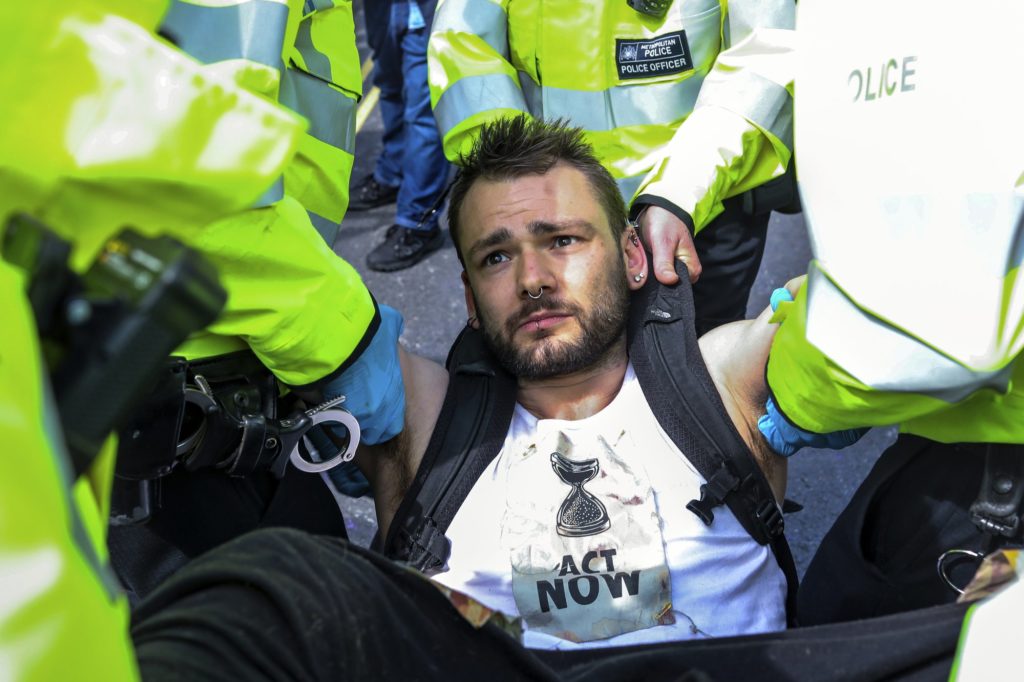 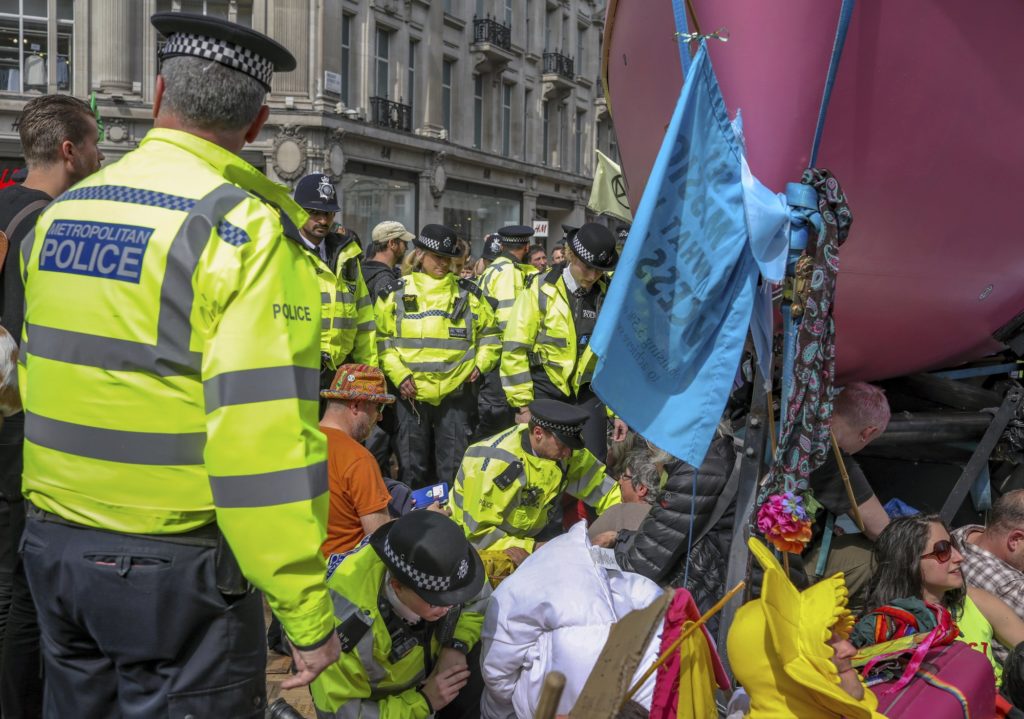 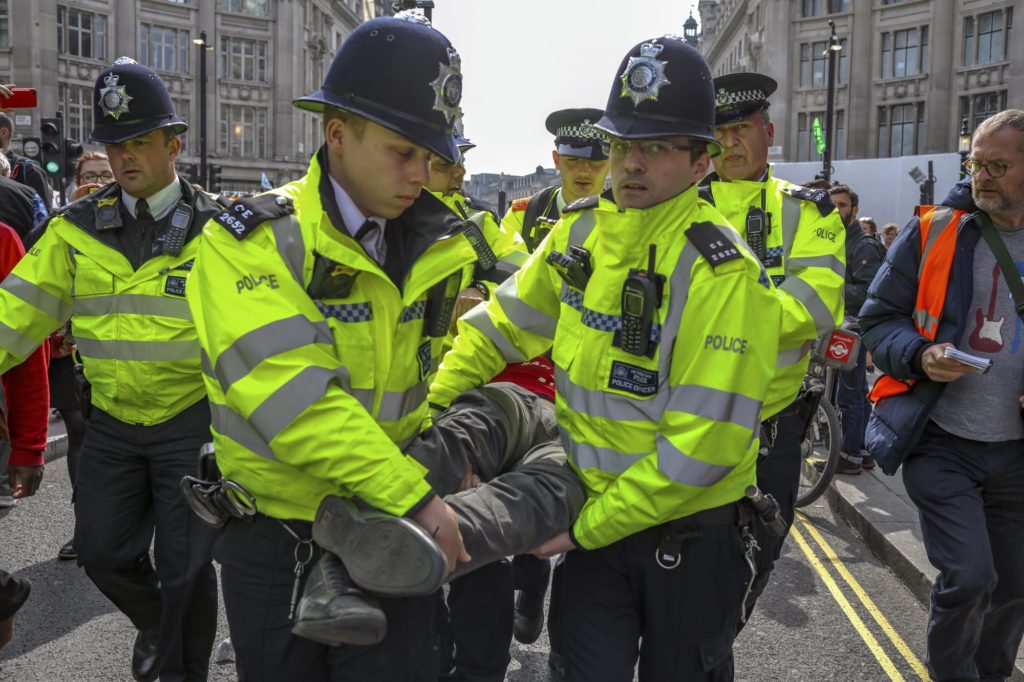 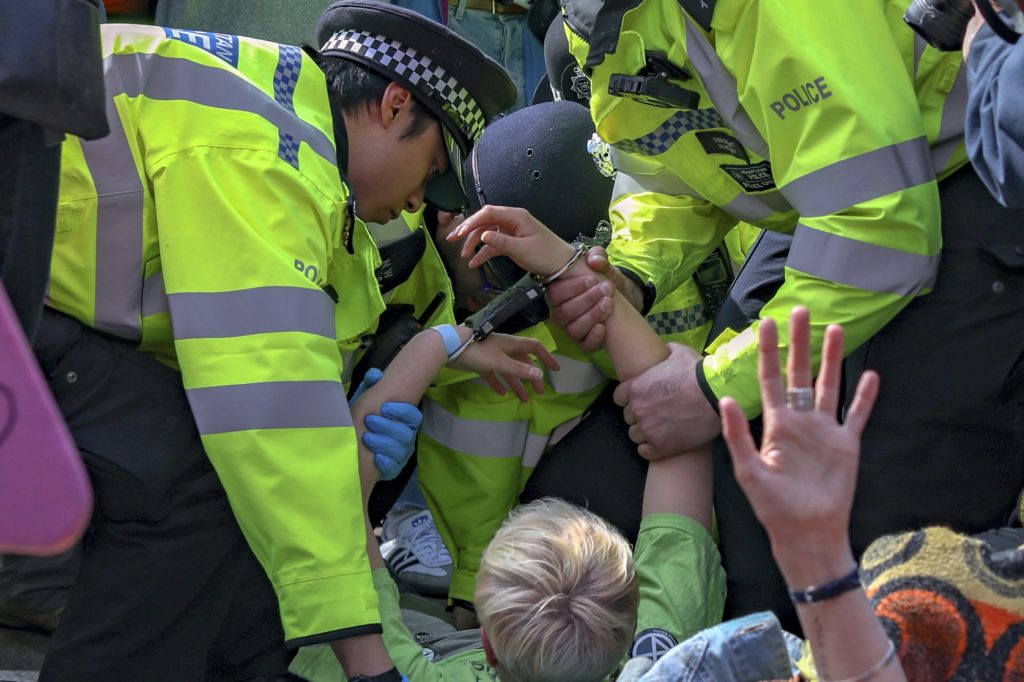