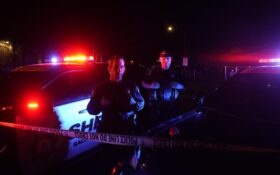 Officials in a Boston suburb are investigating a former city employee they say shut down the police website during a pay dispute.

Newton Mayor Ruthanne Fuller said the former employee, who was the police department information technology director, took down the department website in late June and July.

The website instead directed visitors to a message that called on them to contact Fuller and ask the mayor to restore it, The Boston Globe reported on Friday.

Fuller said the employee controls access to the site and has not turned it over to the city. Newton has created a new police department website in its place. The old website was no longer active on Sunday.

Fuller told the Globe in a statement earlier this week that the employee shut down “a vital resource for the residents of the city of Newton.” The employee notified city officials in March that he was leaving the job, the Globe reported.

The employee said in a statement that he was “disheartened by the city’s representation of the facts in this matter” and he would work with the city to resolve the problem.