Outrage! Poor senior's home being SEIZED by city over... his lawn!? - The Horn News 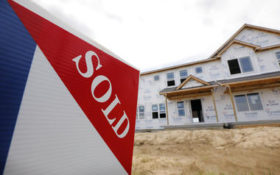 A Florida senior is on the verge of losing his home after being unable to pay massive fines levied on him by the city of Dunedin, just outside of Tampa. His crime?

He didn’t cut the grass while he was out of the state tending to his dying mother, then to her affairs after she passed.

Conservatives and liberals alike are united in outrage on social media over the case of Jim Ficken, a 69-year-old retiree on a fixed income slapped with nearly $30,000 in fines and penalties.

Since Ficken doesn’t have $30,000 to spare, the city is moving to foreclose.

Yes, they’re trying to seize his home… trying to kick him out onto the street… over a lawn care dispute.

“If they go ahead and foreclose on me, I can’t come up with the money to pay for it and I’ll just be booted out of the house and I’ll have to find another place to live,” Ficken told WFTS in Tampa.

In what has to be the craziest part of the story, Ficken actually DID try to care for his lawn – but the person he hired to mow it while he was away also died.

Dunedin doesn’t care. Tall grass is tall grass – and if your own lawn is too long, they see green… and not just the green of the grass.

They have visions of the almighty buck, as the Tampa Bay Times reports that the city has quietly turned code enforcement into a major profit center.

Ficken’s Kafka-esque nightmare began in 2015, when he got a warning from code enforcement over his lawn growth after he traveled to South Carolina to care for his mother, who was then ailing.

He wasn’t fined; he simply mowed his lawn and that was the end of it.

Or so he thought.

When his mother passed last year, he left again to tend to her affairs and tried his best to arrange for lawn care, but when his caretaker died the grass kept growing.

“Other cities might have just mowed the lawn and billed him,” his attorneys said in a news release. “But Dunedin didn’t, and the fines kept adding up.”

Did they ever: Since the previous warning made him a “repeat offender,” the city tacked on $500 to his fines EVERY SINGLE DAY while he was away, with the bill reaching $23,500 plus thousands in fees to bring the total to $29,000.

That’s nearly a quarter of the appraised value of his entire home (including all the grass in the yard).

Ficken says he wasn’t even told about the fines as they were being levied.

Then, when he couldn’t make a hearing to argue against the fines – he had to travel again to tend to his mother’s affairs – they refused to reschedule it.

The Institute for Justice has taken on Ficken’s case pro bono, filing a lawsuit against the city to block the foreclosure and reduce the penalty to $1.

“The City had the authority to mow Jim’s grass and send him a reasonable bill,” the lawsuit states. “Upon information and belief, the City did not do so because it prioritizes revenue over code compliance.”

The organization’s attorney was even more succinct.

“Nobody should lose their house for having tall grass,” lead attorney Ari Bargil declared at a news conference, according to local media.

Indeed, the Eighth Amendment of the United States Constitution protects citizens against “excessive fines” and the 14th protects “life, liberty and property” without due process of law.

Ficken would appear to be in good hands; a libertarian organization recently won a major Supreme Court decision in a case with some similarities.

Timbs v. Indiana involved a low-level drug offender who pled guilty to selling $385 in drugs, but then had his $40,000 Land Rover taken from him by the state as a penalty.

The justices on the high court showed no mercy to the state’s attorneys trying to defend the seizure.

Some things are still sacred in America, no matter what your politics may be.