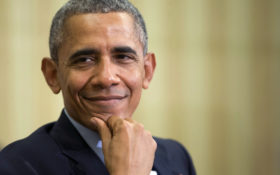 Americans are just days away from deciding whether to give Democrats a new lease on political life—but they might want to think about how the liberals will abuse the power and authority once they crawl their way back into office.

An explosive new discovery shows just how deep corruption ran the last time Democrats ran the show… and it’s uglier than we ever thought.

A new report has surfaced explaining that former President Barack Obama actually spied on Congress so he could punish the whistleblowers who warned them about Obama’s ‘Big Brother’ spy tactics.

“The fact that the CIA under the Obama administration was reading congressional staff’s e-mails about intelligence community whistleblowers raises serious policy concerns, as well as potential constitutional separation-of-powers issues that must be discussed publicly,” said Senator Chuck Grassley of Iowa, who is the chairman of the Senate Judiciary Committee.

The new documents are smoking hot—but they didn’t come overnight. Sen. Grassley had to fight the Deep State tooth and nail for more than four years to blow the lid off the program.

Grassley first asked for memos about Obama illegally spying on Congress in April of 2014.

The Iowa Republican said that he had to fight years of “bureaucratic foot dragging” from two top Obama officials… and he named names.

James Clapper, Obama’s National Intelligence Director, and John Brennan, a one-time Communist Party voter who Obama tapped to be his CIA Director, kept everything under wraps, according to the Senate leader.

Even the people who were supposed to hold Obama accountable did nothing but whitewash his crimes and misdemeanors.

Obama-era officials said the surveillance was totally innocent, and they only picked up Congressional e-mails during “routine counterintelligence (CI) monitoring of government computer systems.”

Obama violated the Constitution and spied on every single, living American. Then he monitored Congress, so that he could punish people who warned the people what he was up to.

But he claims there’s nothing to see here, move along!

Grassley followed up in 2017, but the Deep State kept on stonewalling him… even under President Donald Trump.

But Trump appointed a new inspector general, Michael K. Atkinson, in May — and he’s shutting down Obama’s conspiracy of silence.

Grassley got through to the right person last month — and the documents that finally came out showed how Obama would stop at nothing to pry into your privacy without you ever finding out.

He turned the country into one huge spy ring — and nobody was exempt… Congress, the CIA, private citizens, presidential candidates, nobody.

He put at least one spy in Trump’s 2016 presidential campaign.

“Americans should be alarmed that the NSA is vacuuming up their emails and phone calls without a warrant,” the ACLU said about the Obama-era NSA just last year.

To keep the government’s all-seeing eye open, Obama put the screws to anyone who tried to warn the country about what he was doing.

Obama prosecuted nine whistleblowers for leaking information — three times as many as all other U.S. presidents combined.

Those dangerous forces got sent up the river for reporting on Obama’s dirty, secret spy programs to outlets like Fox News and the conservative Hoover Institute.

Obama didn’t care when China or Russia got U.S. secrets — only when his employees told the conservative media just how stupid, hapless, and unconstitutional Obama really was.

That had to be shut down… no matter how badly it hurt the government or the country.

Grassley said Obama’s actions were “unacceptable and unpatriotic,” because they could stop “responsible citizens from disclosing waste, fraud and abuse in our government.”

But shutting people up about massive government abuse is exactly what Obama intended — and if Hillary had been elected, we still wouldn’t know any of this.