Chris Wallace won't like this news - The Horn News 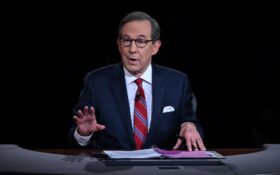 Good-bye, Chris Wallace. You have not been missed.

Almost a year ago, longtime Fox News Sunday anchor Chris Wallace left the network for CNN+, a now-defunct streaming service. Since then, Fox News has replaced Wallace with Shannon Bream.

And it quickly became obvious that Fox News had a new hit on their hands.

Since taking over for Wallace, Bream has taken the show to new heights of popularity… especially among young viewers.

According to The Washington Examiner —

TV executives said that hers is the only Sunday public affairs show to grow in the critical and wealthy 25-54-year-old demographic.

She has pushed their viewership up 13% and expanded the 18-49 demographic by 16% over Wallace’s last show.

“It’s been an honor to join the tradition of Fox News Sunday, and we’re all about bringing new people to join us in the conversation,” Bream reportedly told the Examiner’s Washington Secrets.

“It’s a privilege to be in folks’ homes every Sunday, and we’re glad they’ve found reasons to keep coming back,” she said.

Not everyone has fared so well. Wallace’s show on CNN+ lasted just one month before the streaming platform was shut down.

Since then, Wallace has struggled with abysmal ratings on his new show, CNN’s Who’s Talking With Chris Wallace.

As for Bream, she seems as happy as possible —

Dreary Thursday in D.C. today so needed to spice it up! Wait til the end for a Christmasy surprise 👀👢👠 pic.twitter.com/3nrcASFWSB