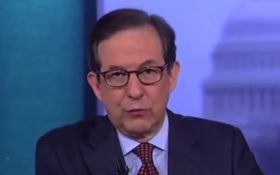 CNN’s Chris Wallace is no fan of former President Donald Trump, often using his shows to criticize the 45th president — and in turn, Trump supporters have been openly critical of Wallace for years.

But on Thursday, the two camps found common ground after Wallace expressed skepticism of the Democrat-led January 6th committee investigating the Capitol riot.

“I’m kind of skeptical about what we’re going to see tonight and over the next couple of weeks,” Wallace told his CNN co-hosts before the prime time hearing was set to begin Thursday night.

Wallace said Democrats have been “over-selling” the “hype” to the American public and risked falling short.

“You’ve got Jamie Raskin, one of the members of the committee, saying ‘this is going to blow the roof off the House,’ you’ve got Adam Kinzinger saying ‘It’s going to change history,” Wallace said.

“I think that’s a bad look both for the committee and the mainstream media to seem that they are hand in glove with each other,” he said.

Presented in prime time and carefully calibrated for a TV-viewing audience (itself increasingly an anachronism), the debut of the Jan. 6 hearings was, in essence, a summer rerun. Designed as a riveting legislative docudrama about an event that most of the country saw live 18 months ago, it tried mightily to break new narrative ground in a nation of short attention spans and endless distractions.

But did it? Conservative news channel Newsmax seemed to think so, running an Associated Press story about “democracy at risk” as their website’s top story Friday. But some critics said the hearing landed with a “thud.” Townhall contributor Derek Hunter wrote that “no one gives a d**n.”

Much of the “never before seen footage” was gripping, but had already largely been disseminated from different angles.

See the footage yourself here —

On his Truth Social account, Trump himself expressed anger over the hearing.

“So the Unselect Committee of political HACKS refuses to play any of the many positive witnesses and statements, refuses to talk of the Election Fraud and Irregularities that took place on a massive scale, and decided to use a documentary maker from Fake News ABC to spin only negative footage. Our Country is in such trouble!” Trump wrote on his social media network.

Even with the gripping, violent video and the integrity of American democracy reportedly at stake, can a shiny, weeks-long production that prosecutes with yesterday’s news — news that has been watched, processed, and argued over ad nauseam — punch through the static and make a difference today?

During the media-savvy (for its era) Kennedy administration, the historian Daniel J. Boorstin famously coined the term “pseudo-event” — an event conducted expressly for the purpose of being noticed. While that isn’t the case with the Jan. 6 hearings — actual governance is taking place — the buildup and presentation make it easy to conclude otherwise.

Could it be that this is the only way to grab the public’s attention? After all, since Jan. 6, 2021, much of America has moved onto fresh worries.

Rep. Jim Jordan, R-Ohio, seized on some of those in a series of tweets attacking the committee. “When’s the prime-time hearing,” he asked in six tweets, followed by “on $5 per gallon gas,” “on baby formula shortages,” “crime in Democrat-run cities,” “the left’s 2020 riots,” “high grocery prices,” “Democrats attacking parental rights at school board meetings” and “threats against Supreme Court Justices and their families.”

By many appearances, the country is operating as it was before the insurrection. Joe Biden was inaugurated as scheduled 14 days after the insurrection. No evidence of election fraud surfaced. The pandemic ebbed. People are talking about guns and gas prices and Russia — not its interference in U.S. elections, but its invasion of Ukraine.

All of this, of course, belies the fact that the Capitol riot undermined the sanctity and security of the democratic process. After more than 150 years in which the peaceful transfer of power was taken for granted in America, it suddenly and very violently wasn’t.

And yet, in this meme-soaked era when loud events fade from the consciousness and are replaced by other loud events within days, it apparently takes what is essentially a Very Special Episode of Congress, packaged up like a documentary brimming with video clips and text-message screengrabs, to get the public’s attention.

And that public is … who, exactly?

The masses of Donald Trump supporters and opponents who have dug in their heels on both sides — those who think this is ridiculous political posturing and those who insist that day represented an existential threat to democracy — may not be the target audience. More likely, it is Independent voters.

High-profile public legislative hearings about the workings of government — from the Army-McCarthy hearings in 1954 to the Watergate hearings in 1973 to the Iran-Contra hearings in 1987 — have a history of drawing the nation’s attention and being their era’s version of must-see government TV.

But all those came in the days when a “phone” was something that made calls and was plugged into the wall — well before the era of media fragmentation produced by the internet and, a decade later, the rise of social media and content creation in your pocket.

The raw material presented Thursday night was at times banal and procedural (depositions, speeches). But at times (the violent and profane video montage, the eyewitness testimony of Capitol police officer Caroline Edwards), it felt compelling, terrifying and immediate.

“We’ve lost the line! We’ve lost the line!” viewers heard one Capitol police officer shout as he was being attacked by rioters. Yelled another, terror in his voice: “Officer down!” And this chilling shout, from the background of one scene of chaos: “We’re coming!”

Then the production values took center stage — a perfectly timed voiceover of Trump saying, “They were peaceful people” and ”the love in the air, I’ve never seen anything like it” before the sequence fades out.

These are surely the moments that will be cannibalized on social in coming hours and days. So much of political discourse happens online these days, and what was once must-see TV is now on your phone, on demand. Content producers on TikTok and Twitter and Instagram are driving the moments to remember. And if this was a produced TV show, those will be its tiny offspring.

“People will be making their own spinoffs, a few seconds at a time,” said Robert Thompson, director of the Bleier Center for Television and Popular Culture at Syracuse University. “Now … we’re in the age of developing stories as an interactive video game, where you take the coverage of that day and you turn it into a meme and get 30 million viewers. I think that’s how a lot of people are going to experience these hearings.”

So check out your social media feeds, 2022-style, for the next phase of this drama — political and entertaining and unsettling all at once, and aggressively, messily American.

“We watched the preseason. We watched the season. And now this is behind the scenes in `American Politics: The Sport,’” said John Baick, a historian at Western New England University. “I don’t think anyone’s going to remember where they were when they watched the Capitol investigations.”