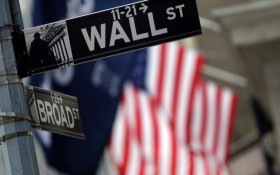 Global markets were hit with a sudden blow today after the Chinese announced their economy is slowing faster than analysts had expected. Could this sudden Chinese economic downturn doom the U.S. economy?

It’s too soon to tell, say many analysts. But a wise investor would keep an eye towards the East.

At home, U.S. stocks are dropping sharply for a second day following a sell-off in major indexes around the world on this growing evidence that China’s economy is faltering. The new bout of global selling followed news of a survey showing manufacturers on the Chinese mainland contracted to a 77-month low.

The Dow Jones Industrial Average fell over 500 points, and both the Standard & Poor’s 500 index and the NASDAQ skidded big as well.

The NASDAQ is now about 8 percent off its recent high of 5,218.86 on July 20. That puts it within shooting range of what traders call a “correction,” or a fall from a high of more 10 percent.

In China, a preliminary version of a gauge of business activity, the Caixin purchasing managers’ index, fell to an unexpectedly low 47.1 points. Numbers below 50 show a contraction.

The devaluation of the yuan last week has shaken confidence in the world’s No. 2 economy. The Shanghai Composite index suffered another steep drop of 4.3 percent on Friday.

“China has been on a mission to keep up the illusion of a gradual slowdown, but dealers aren’t buying it anymore,” said David Madden, market analyst at IG.

A slowdown in China also has the potential to significantly crimp demand for oil. The benchmark U.S. crude plunged $1.25. or 3 percent, to $40.07 per barrel on the New York Mercantile Exchange. It has now been in decline for eight consecutive weeks, the longest streak since 1986. Brent crude, which is used to price international oils, fell $1.36 to $45.26 in London.