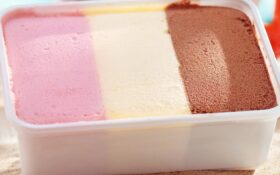 The estate of an Illinois woman who died earlier this year from a listeria infection filed a federal lawsuit Tuesday against a Florida ice cream company that health officials have connected to a multistate outbreak.

The lawsuit filed in the Middle District of Florida claims that Mary Billman died after eating contaminated ice cream produced by Sarasota-based Big Olaf Creamery. According to the lawsuit, Billman ate at a Big Olaf location on Jan. 18 during a visit to Florida. She became ill and died Jan. 29.

Online court records didn’t list an attorney for Big Olaf who could comment about the lawsuit. The company released a statement Sunday saying that the link between its ice cream and the listeria outbreak has not been confirmed and is only speculation at this point. The company has been working with state and federal health officials since being informed about the possible contamination, the statement said.

“We have been transparent and have answered all their questions and provided them with all the information requested from us, as the health and well being of the public is our first priority,” the Big Olaf Creamery statement said.

Big Olaf Creamery has voluntarily contacted retail locations to recommend against selling their ice cream products, the Centers for Disease Control and Prevention said Saturday in a news release. Consumers who have Big Olaf Creamery brand ice cream at home should throw away any remaining product, officials said.

Listeria is a deadly bacteria that causes symptoms like fever, muscle aches, nausea and diarrhea. It can be treated with antibiotics, but it is especially dangerous to pregnant women, newborns, the elderly and those with compromised immune systems.

CDC officials say nearly all the 23 people known to have been infected in the outbreak either live in, or traveled to, Florida about a month before they got sick. Big Olaf Creamery’s ice cream is produced at a central facility in Sarasota and then distributed to Big Olaf Creamery stores and other retailers.

Listeria is one of the most dangerous forms of food poisoning. Symptoms usually start one to four weeks after eating contaminated food, but can start as soon as the same day.

The first cases occurred in January of this year, but have continued through June, when two of the people got sick, CDC officials said.