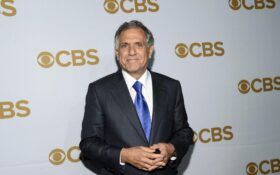 CBS and its former president, Leslie Moonves, will pay $30.5 million as part of an agreement with the New York attorney general’s office, which says the network’s executives conspired with a Los Angeles police captain to conceal sexual assault allegations against Moonves.

Under the deal announced Wednesday by Attorney General Letitia James, the broadcast giant is required to pay $22 million to shareholders and another $6 million for sexual harassment and assault programs. Moonves will have to pay $2.5 million, all of which will benefit stockholders who the attorney general said were initially kept in the dark about the allegations.

At least one of those executives — one of the few privy to an internal investigation — sold millions of dollars of stock before the allegations against Moonves became public, which the attorney general’s office said amounted to insider trading.

“As a publicly traded company, CBS failed its most basic duty to be honest and transparent with the public and investors. After trying to bury the truth to protect their fortunes, today CBS and Leslie Moonves are paying millions of dollars for their wrongdoing,” James said in a statement, calling attempts to mislead investors “reprehensible.”

A spokesperson for Paramount Global, which owns CBS, said it was “pleased to resolve this matter … without any admission of liability or wrongdoing,” adding that the “matter involved alleged misconduct by CBS’s former CEO, who was terminated for cause in 2018, and does not relate in any way to the current company.”

In October 2017, the #MeToo movement began to pick up steam as media mogul Harvey Weinstein and others in the entertainment industry were accused of sexual abuse. The following month Los Angeles police received a complaint against Moonves, who less than three weeks later called the movement “a watershed moment” during a Variety magazine summit.

In a document outlining the findings of its investigation, the attorney general’s office detailed an alleged scheme by a unnamed Los Angeles police captain to try to cover up the allegations against Moonves.

The Los Angeles Police Department later identified the captain as Cory Palka, who retired last year in the rank of commander after 34 years in the department. He had served as the commanding officer of the Hollywood Division for more than three years. He did not respond to multiple requests for comment Thursday.

Palka’s LinkedIn profile says he was “Incident Commander to the Academy Awards & numerous high profile events related to the entertainment industry.” Photos of Palka show the then-captain hobnobbing with stars at Hollywood Walk of Fame ceremonies and on red carpets. He was honored in 2019 as one of the Hollywood Chamber Community Foundation’s “Heroes of Hollywood.”

In November 2017, a woman told police that she had been sexually assaulted by Moonves in the 1980s, before he was employed by CBS in 1995, according to the attorney general’s report. She also said she was subjected to sexual misconduct and retaliation in the workplace.

Several hours after she made her police report — which was marked “confidential” in three places — the captain tipped off CBS, it said, adding that the captain then met personally with Moonves and another CBS executive. The captain, it said, instructed the police officers investigating the complaint to “admonish” the woman not to go to the media with her allegations. He also put them in touch with the lead investigating officer.

When the allegations ultimately became public anyway and Moonves resigned, the captain sent a note to a CBS contact saying, “We worked so hard to try to avoid this day.”

The document also said he wrote a separate note to Moonves saying, “I’m deeply sorry that this has happened. I will always stand with, by and pledge my allegiance to you.”

The attorney general’s office said it uncovered text messages between the police captain, CBS executives and Moonves that showed efforts to prevent the complaint from becoming public.

The captain first made CBS officials aware of the sexual misconduct allegation by calling the network’s senior vice president of talent relations and special events, who was identified by the court document as Ian Metrose.

Metrose had previously hired the captain as one of Moonves’ security aides at the Grammy Awards from 2008 to 2014, the document states.

“I know we haven’t talked in a while. I am a captain at LAPD Hollywood,” the police captain told Metrose in a voicemail message, according to the attorney general’s office. “Somebody walked in the station about a couple hours ago and made allegations against your boss regarding a sexual assault. It’s confidential, as you know, but call me, and I can give you some of the details and let you know what the allegation is before it goes to the media or gets out.”

The LAPD said Wednesday it was conducting an investigation into the conduct of the captain and was cooperating with New York officials.

“What is most appalling is the alleged breach of trust of a victim of sexual assault, who is among the most vulnerable, by a member of the LAPD. This erodes the public trust and is not reflective of our values as an organization,” Chief Michel Moore said.

Video footage of Palka went viral during the racial injustice protests in Los Angeles in the aftermath of George Floyd’s death when he took a knee with protesters on Hollywood’s Sunset Boulevard.

Moonves’ resignation came amid complaints from multiple women about alleged sexual misconduct. Some accusers claimed that Moonves had forced them to perform oral sex. The New Yorker had reported at the time that at least one of the women, a television executive, had filed a criminal complaint with Los Angeles police.

Moonves acknowledged having relations with three of the women, but said they were consensual. He denied attacking anyone, saying in a statement at the time that “Untrue allegations from decades ago are now being made against me.”

CBS is also required under the deal with the attorney general’s office to reform its human resources practices around sexual harassment.