"CBS Evening News" glitch baffles viewers (did you see this?) - The Horn News 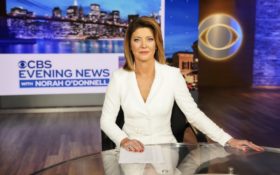 A technical glitch in CBS’ Washington control room wiped out the broadcast of the “CBS Evening News” on the East Coast and in the Midwest on Tuesday.

The Norah O’Donnell-anchored newscast originates from Washington. It is usually transmitted through a New York control room, but that facility has been shut for weeks due to the coronavirus epidemic.

So for the past two months, it has been sent to the country through a Washington control room, which had technical difficulties and no backup on Tuesday.

Instead of O’Donnell’s newscast, local stations showed a feed of the CBSN streaming service.

The evening news was expected to run at its traditional time in the Mountain and Western time zones, CBS said.