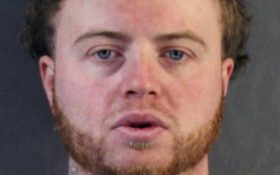 A man described by authorities as a career criminal is heading to court to face a murder charge in the shooting death of a Massachusetts police officer.

Police say the 32-year-old Gannon was shot in Barnstable (BAHRN’-stuh-buhl) on Thursday while he and other officers were serving an arrest warrant at a home.

Gannon’s dog, Nero, was injured. Its condition was not immediately known.

Yarmouth Chief Frank Frederickson said the 8-year veteran, was a “wonderful young man” with a promising career ahead of him.

Latanowich, of Somerville, was taken into custody after an hour-long standoff. It could not immediately be determined if he has a lawyer.