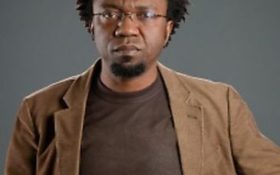 A New York literature professor held in the Central African nation of Cameroon since early this month for criticizing the government was released Wednesday, his lawyer said.

Dual U.S. and Cameroonian citizen Patrice Nganang waited to be expelled to an unknown destination, lawyer Emmanuel Simh said, adding that the professor has been told not to return.

Nganang, a professor at New York’s Stony Brook University, had faced a Jan. 19 hearing after being detained Dec. 7 while trying to leave his native country. The court in Yaounde early Wednesday announced he was released and that all charges were dropped.

The 37-year-old had written an article for Jeune Afrique that was critical of how Cameroon’s government has handled a sometimes violent secessionist movement in some English-speaking areas. The country’s English-speaking minority has complained about discrimination by French speakers.

The charges against him included issuing a death threat; insulting constitutional bodies, specifically the military; and inciting violence in a Facebook post, according to supporters including the New York-based Committee to Protect Journalists.

“We can only be very happy, when we have an unlawfully and arbitrarily detained client, to see him released,” Simh said.

Last week, a military appeals court in Cameroon acquitted and freed Ahmed Abba, a correspondent for Radio France International’s Hausa service, who had been sentenced to 10 years in prison for not denouncing acts of terrorism and laundering proceeds of terrorist acts.

Cameroon had faced international pressure over his conviction.