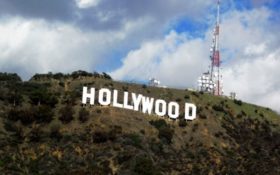 A Los Angeles cameraman who suffered a spinal cord injury while on a New Mexico movie set has been awarded more than $66 million in a lawsuit, among the largest settlements in the state’s history, a news outlet reported.

The Santa Fe New Mexican quoted Jame Razo as saying that the jury’s decision Friday was “a huge emotional relief.”

“I can finally begin my healing journey,” he said in a phone interview Tuesday, the newspaper reported.

The 55-year-old was a cameraman on the set of “Only the Brave,” a film about elite firefighters starring Josh Brolin and Jeff Bridges, in June 2016. He was driving a mobile camera crane unit, which weighs over 3,000 pounds (1,361 kilograms) when fully loaded, up a steep road on Pajarito Mountain in the Pajarito Ski Area near Los Alamos, when the unit tipped over and fell on him, the newspaper reported.

Razo suffered crush injuries that left several areas of his body severely damaged. Since then, he has had over 1,000 medical appointments and nearly a dozen surgeries, according to the report.

In the suit, Razo says producers were negligent by denying him time to scout the terrain first or install tank treads on the vehicle.

It took a jury four hours to decide that Razo should receive $24.6 million in damages and his wife $6 million. In addition, production companies Black Label Media and No Exit Film are liable for $27 million and $9 million in punitive damages, respectively.