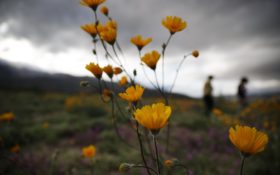 It started with the desert lilies in December. Since then a wave of wildflower blooms has been crescendoing across Southern California’s Anza-Borrego desert in a burst of color so vivid it can be seen from mountain tops thousands of feet above.

Two years after steady rains followed by warm temperatures caused seeds dormant for decades under the desert floor to burst open and produce a spectacular display dubbed the “super bloom,” another winter soaking this year is expected to create possibly an even better show by Mother Nature.

Having two super blooms in two years is highly usual. In California, super blooms happen about once in a decade in a given area, and they have been occurring less frequently with the drought.

The 2017 super bloom was the best seen in the Anza-Borrego Desert State Park in 20 years and drew mass crowds to Borrego Springs, a town of 3,500 that abuts the park.

“There’s just an abundance in where it’s blooming and it’s coming in waves,” said Betsy Knaak, executive director of the Anza-Borrego Desert Natural History Association, which tracks the blooms.

On a recent day, Knaak wandered through swaths of bright yellow and acres of purple outside Borrego Springs. Families, retired couples and college students traipsed into the fields trying to capture the natural wonder in photos.

Stephen Rawding drove out from Carlsbad, north of San Diego, to take photos with his girlfriend after a friend told him it was better than the one in 2017.

The setting sun lit up the yellow flowers that contrasted sharply against the brown and copper mountains in the background.

There are tapestries of hot pink Bigelow’s Monkey Flower, purple Sand Verbena, delicate white and yellow Evening Primrose and of course the desert lilies, which bloomed extremely early, opening up in December, signaling a super bloom was possible.

“It’s a painting of colors at the moment out there in many of the areas,” said Jim Dice, reserve manager of Steele/Burnand Anza-Borrego Desert Research Center, University of California Natural Reserve System.

So far, six times the amount of rain has fallen in the Anza-Borrego desert this weather season compared to last year, Dice said.

If the caterpillars and freezing temperatures stay away, the already gorgeous wave of wildflowers could intensify and light up other areas well into spring.

The state park with 640,000 acres (1,000 square miles) is California’s largest, with hundreds of species of plants including blazing stars and the tall spiny Ocotillo, which are covered in buds that will open to flaming orange-red flowers.

A research associate at Dice’s center recently hiked up to the top of Coyote Mountain and shot a photo of the purple fields 3,000 feet (914 meters) below.

“It was pretty spectacular to see that from up above,” Dice said. 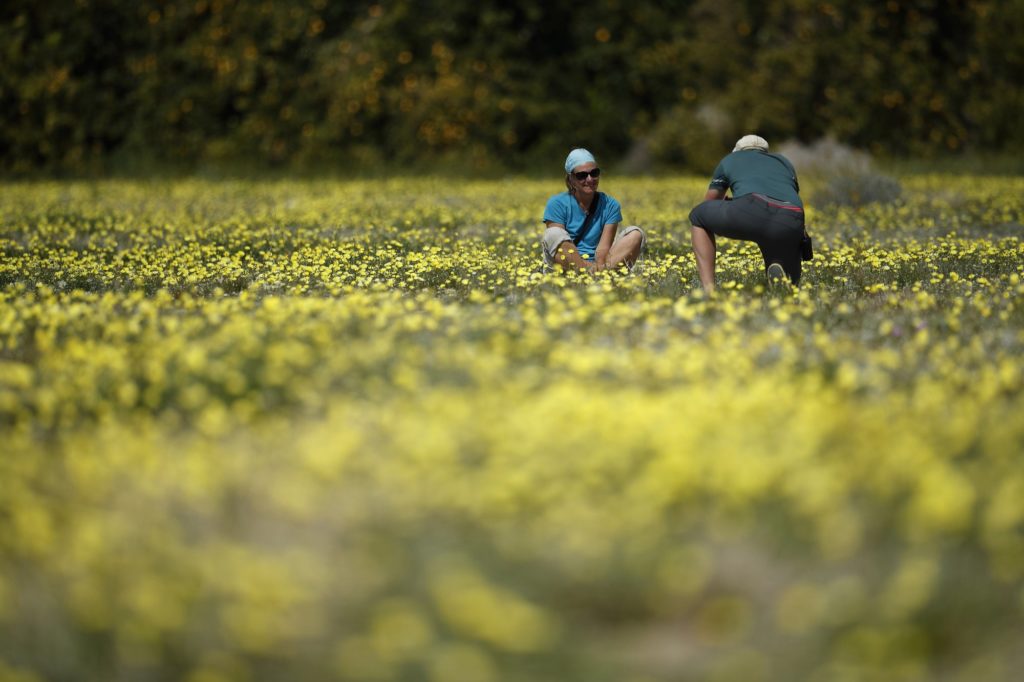 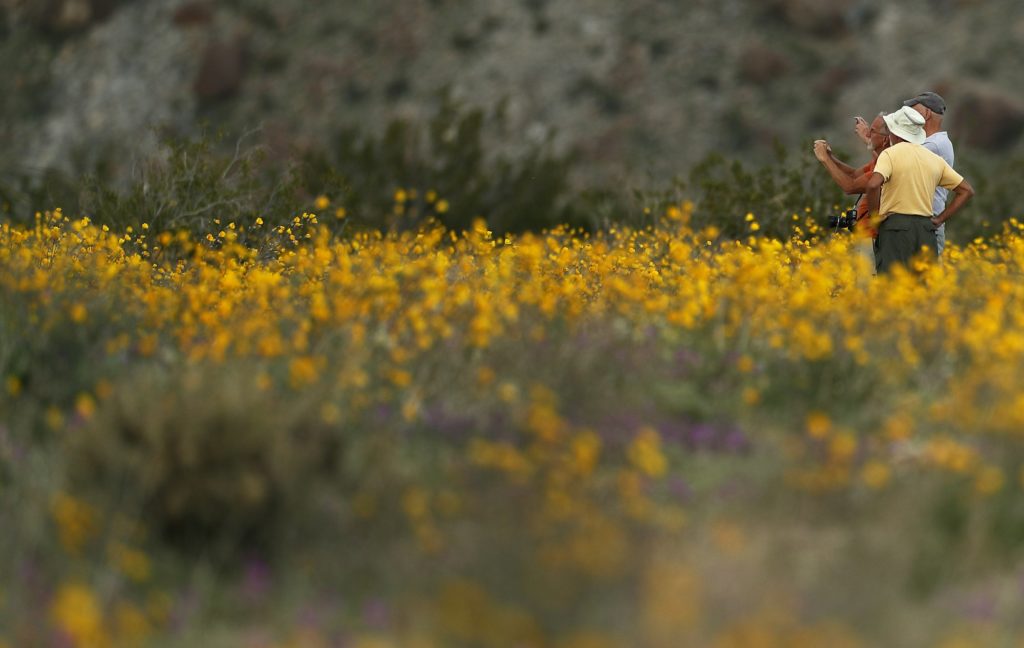 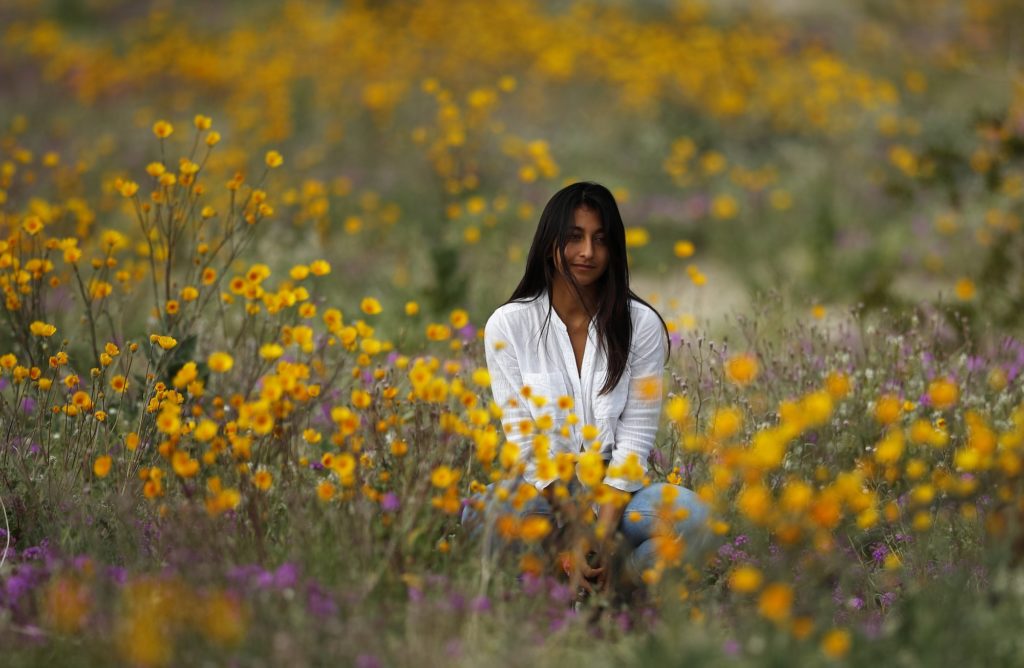 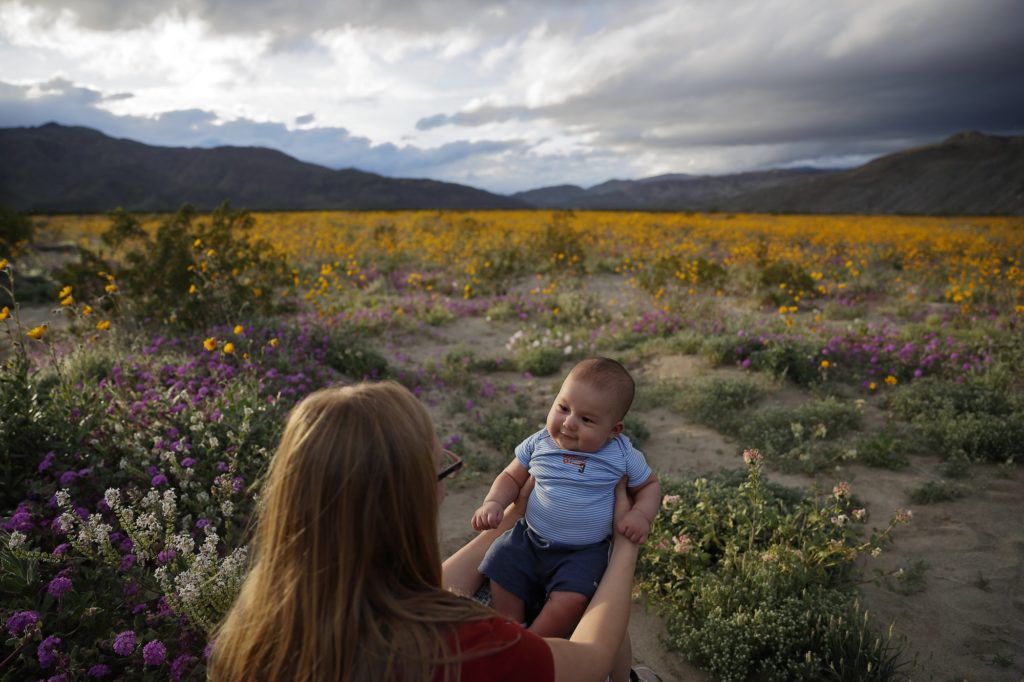 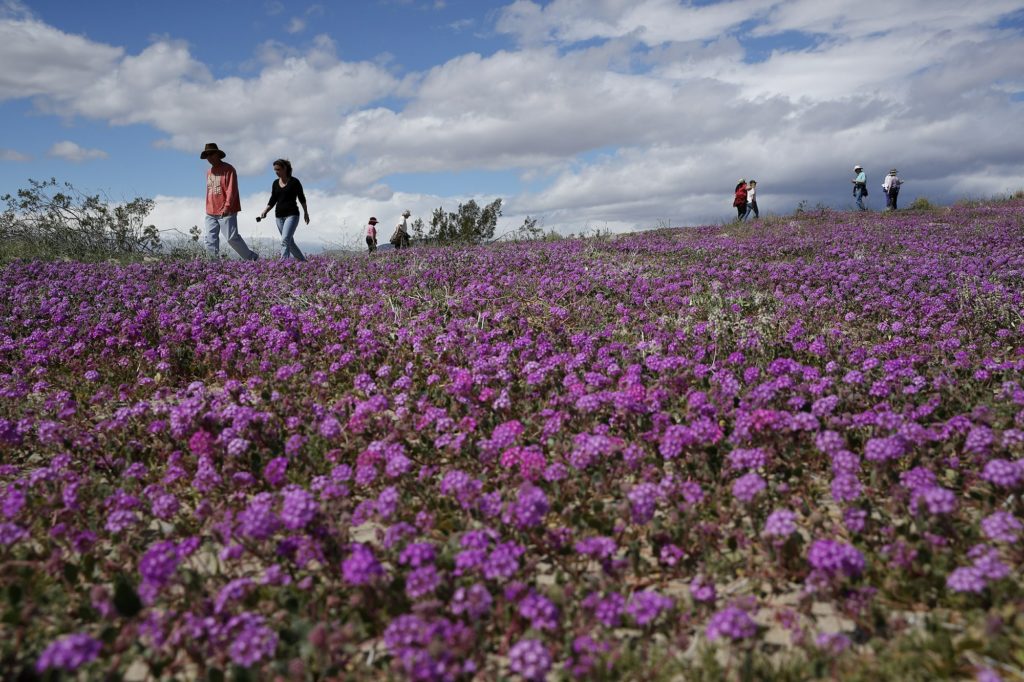 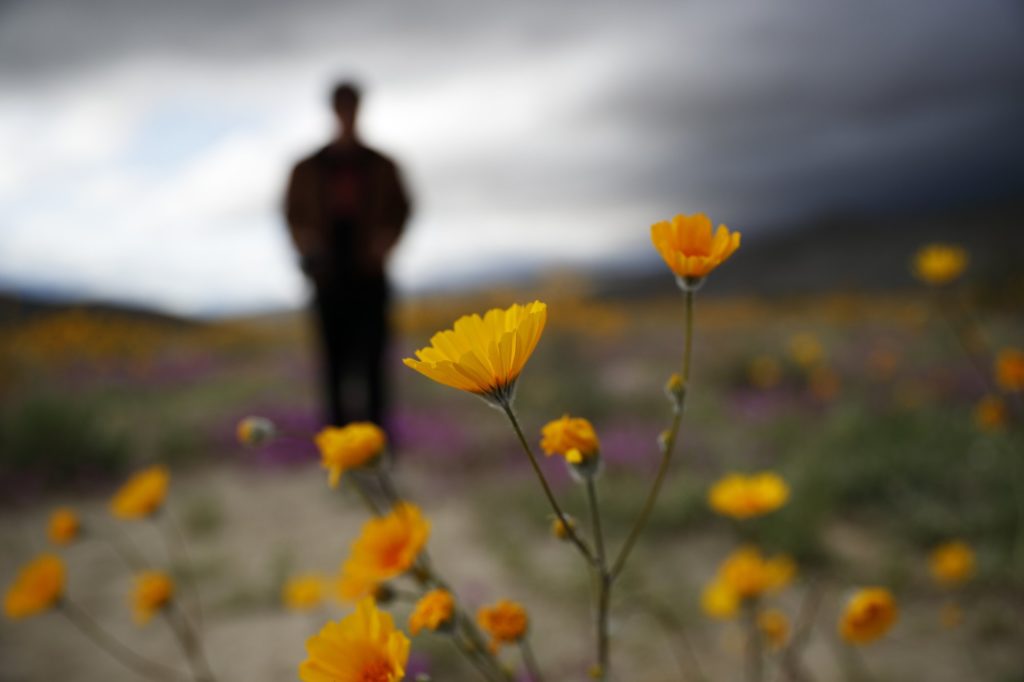