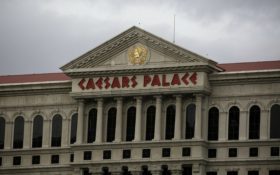 Caesars Entertainment Corp. says it has completed the $516.3 million sale of its Rio All-Suite Hotel & Casino in Las Vegas.

The company said it will continue for at least two years to run the 2,500-room property and will pay an annual lease of $45 million to the new owner, newly formed Dreamscape Cos.

Dreamscape is owned and controlled by Imperial Cos. co-founder Eric Birnbaum, who tells the Las Vegas Review-Journal it is separate and unaffiliated with Imperial.

Las Vegas-based Caesars Entertainment has more than 30 casinos in the U.S. and is being purchased by Reno-based Eldorado Resorts for $17.3 billion.

Caesars says the Rio will remain part of the Caesars Rewards network during the lease term, and guests are not expected to see changes because of the sale.

The company says the World Series of Poker will be held at the Rio in 2020, and Caesars will keep rights to the tournament after that.

The Rio sale was announced in September, pending regulatory approval.