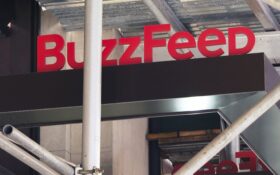 The New York company, which made the announcement in a regulatory filing on Tuesday, did not disclose how many workers it was letting go. According to the data firm FactSet, BuzzFeed has 1,522 employees, which would mean roughly 180 of them would be laid off.

Advertisers, on which BuzzFeed relies, have broadly pulled back spending to address rising costs. Spending on advertising is typically among the most elastic items in a company’s budget and is often the first place to see cuts.

“In order for BuzzFeed to weather an economic downturn that I believe will extend well into 2023, we must adapt, invest in our strategy to serve our audience best, and readjust our cost structure,” Jonah Peretti, co-founder and CEO, wrote in a letter to staff.

Social media and other companies who rely on digital advertising have also recently announced layoffs, including Facebook parent Meta, Twitter, Snap and Gannett.

In addition to economic conditions BuzzFeed on Tuesday cited redundancies in its workforce related to the integration of Complex Networks, a youth entertainment company, which it acquired last year from Verizon and Hearst for $300 million.

The job cuts are expected to be completed by the end of the first quarter of 2023, BuzzFeed said, and expects charges related to the job cuts of between $8 million and $12 million. Those would be booked in the fourth quarter of this year.

Shares of BuzzFeed fell more than 4% in midday trading, to $1.09 each. They traded close to $10 less than two years ago, when the company went public via a merger with a special purpose acquisition company (SPAC).

BuzzFeed, founded by Peretti in 2006 and initially known for listicles and online quizzes, has established itself as a serious contender in the news business, winning a Pulitzer last year for international reporting. Its other brands include Tasty, the world’s largest social food network.

It has been buying up competitors, including HuffPost, the media outlet founded in 2005 as The Huffington Post, from Verizon Media in 2020.