Buttigieg allocates a whopping $241M to US ports - The Horn News 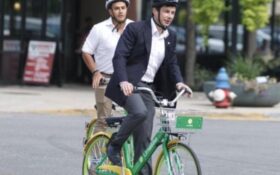 The transportation money is being made available immediately to 25 projects in 19 states. Next year, the amount of money for port improvements will nearly double to $450 million in grants annually for five years under President Joe Biden’s new infrastructure law.

“U.S. maritime ports play a critical role in our supply chains,” Buttigieg said with Thursday’s announcement. “These investments in our nation’s ports will help support American jobs, efficient and resilient operations and faster delivery of goods to the American people.”

Biden on Wednesday touted the coming grants as one of a series of efforts that will alleviate supply bottlenecks over the short and long term.

“Earlier this fall we heard a lot of dire warnings about supply chain problems leading to a crisis around the holidays, so we acted,” Biden said. “We brought together business and labor leaders to solve problems and the much predicted crisis didn’t occur. Packages are moving. Gifts are being delivered. Shelves are not empty.”

The grant money includes $52.3 million to help boost rail capacity at the port in Long Beach, Calif., with a new locomotive facility, 10,000-foot support track and extensions of five existing tracks to speed up freight movement while cutting down the number of truck trips required to do that.

— Portsmouth, Virginia, $20 million, to help build out a supply chain for the offshore wind industry.

— Houston, $18.3 million, to help pay for a 39-acre greenspace at the Bayport Container Terminal.

— Tell City, Indiana, $1.6 million, to construct a 40-foot diameter pier on the Ohio River that can be used direct barge-to-truck unloading of cargo.

In recent months, higher prices have eaten into wages and turned public sentiment on the economy against Biden in polls. One of the obstacles for reducing inflation amid a coronavirus pandemic has been backlogged ports with ships waiting to dock at major transit hubs, causing shortages and leaving some store shelves depleted.

Buttigieg’s announcement seeks to build upon recent moves by the Transportation Department to reduce supply chain congestion, such as by allowing port authorities to redirect leftover money from grant projects. For example, the Georgia Ports Authority is using $8 million to convert its inland facilities for the port of Savannah into container yards, freeing up dock space and speeding the flow of goods to their final destinations. Buttigieg last Friday toured the port, which his department says has seen the number of ships waiting at anchor fall from over 30 to six last week, while long dwelling containers have been cut in half.

Earlier this year, the Biden administration sought to reduce delays by working to move major ports to 24/7 operations. The administration also is seeking to improve working recruitment and retention in the trucking industry.

Still, supply chain issues linger, and the steps taken by the administration have shown that there is no quick fix to the problems that have been hurting smaller businesses and causing consumers to face higher prices. The Transportation Department said Thursday the projects receiving grants vary widely in readiness to get off the ground and it could take months before consumers can start to feel the effects from the improvements.