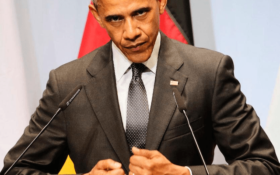 The Obama administration secretly tried to give Iran access to the U.S. financial system by sidestepping sanctions kept in place after the 2015 nuclear deal — despite repeatedly telling Congress and the public it had no plans to do so — according to a bombshell draft report from the Senate’s Permanent Subcommittee on Investigations.

The report revealed that under President Barack Obama, the Treasury Department issued a license in February 2016, never previously disclosed, that would have allowed Iran to convert $5.7 billion it held at a bank in Oman from Omani rials into euros by exchanging them first into U.S. dollars. If the Omani bank had allowed the exchange without such a license, it would have violated sanctions that bar Iran from transactions that touch the U.S. financial system.

“The Obama administration during the negotiation of the Iran deal misled the American people,” said Ohio Sen. Rob Portman, a Republican subcommittee chairman. “I think they did so because they were desperate to get a deal.”

The effort was unsuccessful because American banks — themselves afraid of running afoul of U.S. sanctions — declined to participate. The Obama administration approached two U.S. banks to facilitate the conversion, the report said, but both refused, citing the reputation risk of doing business with or for Iran.

Under that deal, the U.S. and world powers gave Iran billions of dollars in exchange for curbing its nuclear program. Last month, President Donald Trump declared the U.S. was pulling out of what he described as a “disastrous deal.”

The license issued to Bank Muscat stood in stark contrast to repeated public statements from the Obama White House, the Treasury and the State Department, all of which denied that the administration was contemplating allowing Iran access to the U.S. financial system.

“Even after the specific license was issued, U.S. government officials maintained in congressional testimony that Iran would not be granted access to the U.S. financial system,” the draft report said.

As the Obama administration pondered how to address Iran’s complaints in 2016, reports surfaced that revealed that the U.S. was considering additional sanctions relief, including issuing licenses that would allow Iran limited transactions in dollars.

Republican lawmakers argued against it throughout the late winter, spring and summer of 2016. They warned that unless Tehran was willing to give up more, the U.S. shouldn’t give Iran anything more than it already had.

The Treasury had prepared a draft of a license that would have given Iran much broader permission to convert its assets from foreign currencies into easier-to-spend currencies like euros, yen or rupees, by first exchanging them for dollars at offshore financial institutions.

Obama administration officials at the time swore to lawmakers and the general public that a general license wouldn’t be coming. But the report from the Republican members of the Senate panel showed that a draft of the license was indeed prepared.

The truth is out. Obama and his administration blatantly lied to the American people all in the hopes of scoring a deal with Iran.