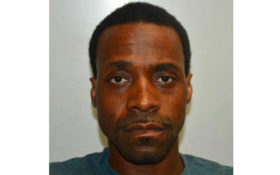 Fresno police chief Jerry Dyer said Kori Ali Muhammad, 39, shouted “Allahu Akbar” while unleashing a rampage on innocent civilians going about their daily life, and told police he wanted to kill as many white people as he could after he was captured.

But instead of giving readers the facts and allowing them to come to their own conclusions, The Associated Press was caught spreading incredibly fake news, saying that the gunman shouted, “God is great.”

But that’s not true.

“Allahu Akbar” is a phrase well-known for it’s use by ISIS during beheading and by Muslim extremists committing terror, and it’s use suggests the shooter is a Muslim terrorist.

But AP chose to incorrectly translate the phrase, remove the context — and hide the truth from their readers.

And they aren’t the only news source attempting to conceal this crime from the public.

CNN gave zero airtime to the shooting on their Tuesday night broadcast, according to The Daily Caller, who noted CNN’s ample coverage of other domestic stories like ,”the manhunt for a Cleveland man who killed a 74-year-old man on Sunday, sexual harassment involving Fox News host Bill O’Reilly, and a child custody battle involving radio host Alex Jones.”

This is clearly an issue with liberal leanings of media, which is further proven when one compares their coverage of hate crimes committed by whites rather than to them.

For example, when a 66-year-old man was stabbed to death in Manhattan by a racist white man with the goal to kill blacks, CNN reported responsibly on the hate crime with the article, “White stabbing suspect targeted black men, police say.”

A white man traveled to New York with the sole intent to murder black men — a despicable act CNN was unafraid to talk about in their headline.

So when a black man drives around with a gun and takes three innocent lives, telling police that he wants to kill as many people as possible? Not a word.

Still think the mainstream media can be trusted?

Every hate crime is a disgusting cowardly crime that must be condemned by all Americans, regardless of their color or creed.

That’s something CNN is too afraid to do.