Burglar arrested after returning to crash scene… for his ice tea!? - The Horn News 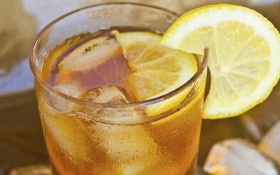 Authorities in Florida say a suspected burglar was arrested after returning to a crash scene to retrieve a bottle of iced tea, fearing it would be used as evidence.

Authorities say Lindon and another person are suspected of breaking into a Cooper City home Tuesday morning, then trying to break into another residence in Pembroke Pines.

Police arrested a 17-year-old suspect in Pembroke Pines, but say Lindon fled in a stolen car and crashed into a truck.

Broward Sheriff’s Office spokeswoman Gina Carter says Lindon was arrested after returning to the scene for the tea, which she says Lindon probably thought was DNA evidence.

It’s unclear whether he has an attorney.