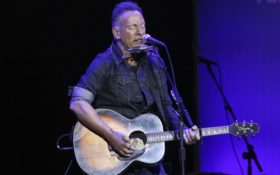 But not everyone is happy about Ford’s receiving the Hadada Award, bestowed by the Paris Review at the magazine’s annual spring Revel.

Pulitzer Prize winner Viet Thanh Nguyen was among those on Twitter who noted that the Hadada has only been given to white writers. Others, including author Roxane Gay, cited Ford’s history of hostile behavior toward writers who criticized his work. In 2004, he spat on Colson Whitehead after Whitehead wrote a negative review of Ford’s “A Multitude of Sins.”

The Paris Review didn’t have an immediate comment Tuesday.